Diets of weaver birds are influenced by their social lives • Earth.com 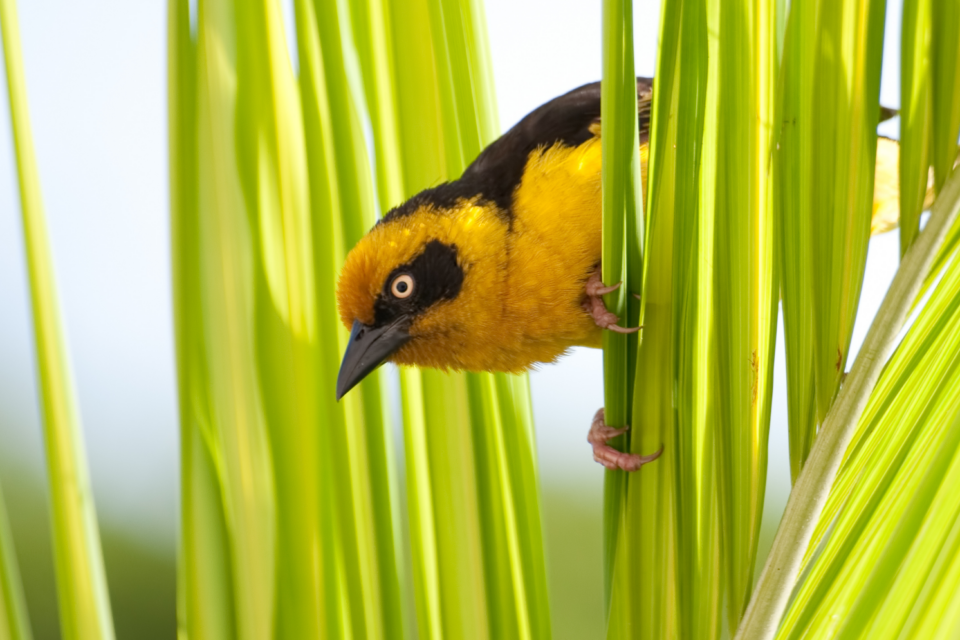 Diets of weaver birds are influenced by their social lives

An international team of researchers recently completed a study that confirmed a link between diet, habitat, and social behavior in weaver birds. This relationship is not a new idea; it was first hypothesized in 1964 by British ethologist, John Crook. Still, this is the first time a team has been able to support the hypothesis with statistical evidence.

Weaver birds are known for their elaborate nests. This family of songbirds are primarily found in sub-Saharan Africa. However, they live in various habitats. Some species live in the savannah, where they consume seeds. Other species live in the forest, and their preference is for insects.

After analyzing previous research, the scientists noticed several trends. They saw that birds on the savannah flocked together. Weavers living on the savannah also nested in colonies and were polygamous. However, birds living in the forest were solitary hunters, with no large nesting colonies, but monogamous pairing.

The study was led by Professor Tamás Székely from the Milner Centre for Evolution at the University of Bath. He explained why diet, habitat, and social behavior are affected by each other.

“For birds that feed on seeds in the open savannah, flocking together improves feeding efficiency because it makes it easier to locate patches where there are abundant seeds,” said Professor Székely.

“Flocking also lowers the risk of predation out in the open by providing them safety in numbers.”

“However, in open habitats such as the savannah there are limited nesting sites, meaning the birds live together in a colony and this often leads to polygamous breeding.”

“On the other hand, forest-dwelling, insect-eating birds must search a wider area for food as insects are more widely distributed. The relatively safer, closed habitat of the forest provides lots of suitable nesting sites, so the birds don’t need to live close together.”

According to Professor Székely, this more solitary social system also means the birds are more likely to stick with the same mate during the breeding season.”

Moreover, the researchers discovered details beyond Crook’s hypothesis. They found that diet and habitat affect whether a species is dimorphic, meaning males and females have distinct differences in size or appearance. Polygamous species living on the savannah were more likely to be dimorphic, while forest-dwelling, monogamous species tend to have identical males and females.

The research team doesn’t want to stop at weaver birds, and they look forward to testing Crook’s theory on other bird species, mammals, fish, and insects.

The study is published in the journal The American Naturalist.