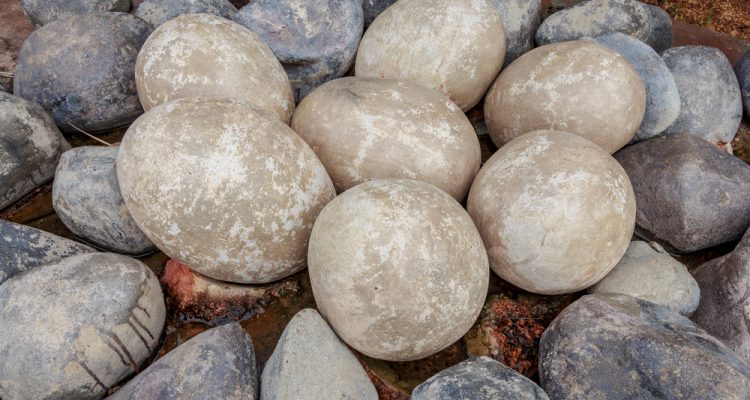 The average chicken egg only takes 21 days to hatch, while an ostrich egg takes about twice as long. But according to new research, dinosaur eggs took anywhere from 3 to 6 months to hatch.

A team of researchers from Florida State University, led by Professor of Biological Science Gregory Erickson, published their findings in an article in the journal Proceedings of the National Academy of Sciences. The team used embryonic dental records to track the often mysterious details of dinosaur births.

“Some of the greatest riddles about dinosaurs pertain to their embryology — virtually nothing is known,” said Erickson. “Did their eggs incubate slowly like their reptilian cousins — crocodilians and lizards? Or rapidly like living dinosaurs — the birds?”

Dinosaur eggs weighed 9 pounds and measured roughly the size of a volleyball. For some time, scientists had believed dinosaur egg incubation duration was similar to that of bird eggs, which hatch in 11-85 days. It was thought that dinosaur eggs underwent a rapid incubation and that birds inherited that trait from dinosaur ancestors.

The FSU team collaborated with researchers from the University of Calgary and the American Museum of Natural History to test this theory using rare dinosaur embryo fossils.

According to co-author Darla Zelenitsky, assistant professor of geoscience at University of Calgary, “Time within the egg is a crucial part of development, but this earliest growth stage is poorly known because dinosaur embryos are rare. Embryos can potentially tell us how dinosaurs developed and grew very early on in life and if they are more similar to birds or reptiles in these respects.”

The team ran the embryonic jaws through a CT scanner to illustration how the detention formed. Next, they removed teeth and viewed them under a microscope, revealing growth lines on each tooth that corresponded to how long the dinosaur had been in the egg.

According to Erickson, “These are the lines that are laid down when any animal’s teeth develops. They’re kind of like tree rings, but they’re put down daily. We could literally count them to see how long each dinosaur had been developing.”

The results showed that the smaller Protoceratops embryos took 3 months to hatch, while larger Hypacrosaurus embryos took 6 months. The existing theory was thus proven incorrect, that dinosaur incubation duration was actually more similar to primitive reptiles than to birds.

The longer incubation period would have also put dinosaurs at a major disadvantage compared to other animals who survived the dinosaur extinction event.

“We suspect our findings have implications for understanding why dinosaurs went extinct at the end of the Cretaceous period, whereas amphibians, birds, mammals and other reptiles made it through and prospered,” Erickson said.