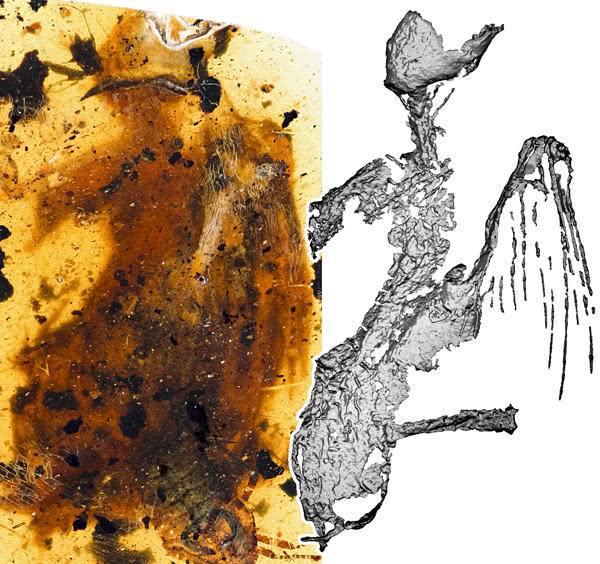 A scientist in Myanmar discovered one of the most complete bird fossils ever found trapped in amber and being sold for jewelry.

Lida Xin, the scientist who made the find, was able to acquire the fossil, even though sometimes amber deposits containing precious fossils are sold for more than labs, museums, and scientists can afford.

The fossil is remarkable as it allowed scientists to examine the bird’s skeletal system, skull, and soft tissue, shedding light on the bird’s biology and inner workings.

Xing and a team of co-researchers published their research in Science Bulletin.

Measuring only 2.4 inches long and likely only a little older than a hatchling, the bird is thought to be an enantiornithine, a species of bird now long extinct.

The fossil came from Myanmar’s Hukawng Valley, an area that is famous for its amber deposits.

The bird was born 99 million years ago and comes from the Cretaceous period, which ended with the mass extinction event that wiped out the dinosaurs.

The research team believes that the bird fell in tree resin, and then later, bird’s bones were crushed. The researchers were able to polish the amber until parts of the chest cavity and skull were exposed.

“A subsequent resin flow sealed the remains to protect them from further weathering or dissolution, but the amber was later squished, shattering many of the bones,” Ryan McKellar, co-author of the study, told National Geographic. “All of this is now trapped in a wafer of amber about as large as a belt buckle.”

The find is an important addition to the rare collection of bird fossils in amber deposits and sheds light on the inner workings of certain ancient Cretaceous birds.