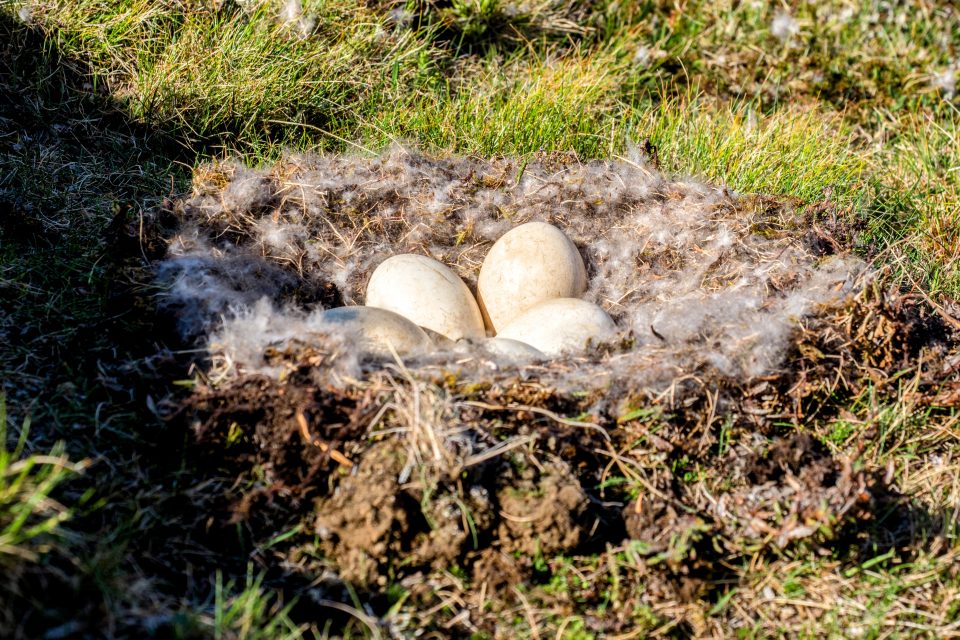 A new study from the University of Alaska Fairbanks reveals the discovery of a dinosaur nursery in the Arctic. The research solves a long-standing mystery of whether dinosaurs reproduced in the Arctic and lived there year-round.

It was once common to think of dinosaurs as swamp-dwelling, slow moving “cold-blooded” monster lizards. The more modern view is a bird-like, quick witted, social, dynamic animal that lived in a broad range of habitats.

“It wasn’t long ago that people were pretty shocked to find out that dinosaurs lived up in the Arctic 70 million years ago,” said study lead author Dr. Pat Druckenmiller.

“We now have unequivocal evidence they were nesting up there as well. This is the first time that anyone has ever demonstrated that dinosaurs could reproduce at these high latitudes.”

An earlier hypothesis suggested that dinosaurs might have migrated from higher latitudes and laid their eggs in warmer climates. Now, with the discovery of a dinosaur nursery in the Arctic, it is clear this wasn’t the case.

For more than ten years, Dr. Druckenmiller and Gregory Erikson, a biology professor from University of Florida, have conducted field work in Prince Creek formation of northern Alaska. The experts have discovered new dinosaur species, and excavated many more, but this new discovery solves one of the biggest mysteries about Arctic dinosaurs.

The team found tiny bones from several dinosaurs that had not yet hatched or had just recently hatched. This makes it an open and shut case proving that dinosaurs did indeed nest in the Arctic.

After careful field work, the pair of scientists joined other researchers at the University of Colorado Boulder to painstakingly sort through sediment and find the tiny boned dinosaurs hiding amid rubble.

The hard work paid off and produced one more piece of evidence that dinosaurs were warm-blooded animals, able to survive much of the same range of environments as modern mammals.