Scientists: transition from dinosaurs to birds was complex journey • Earth.com 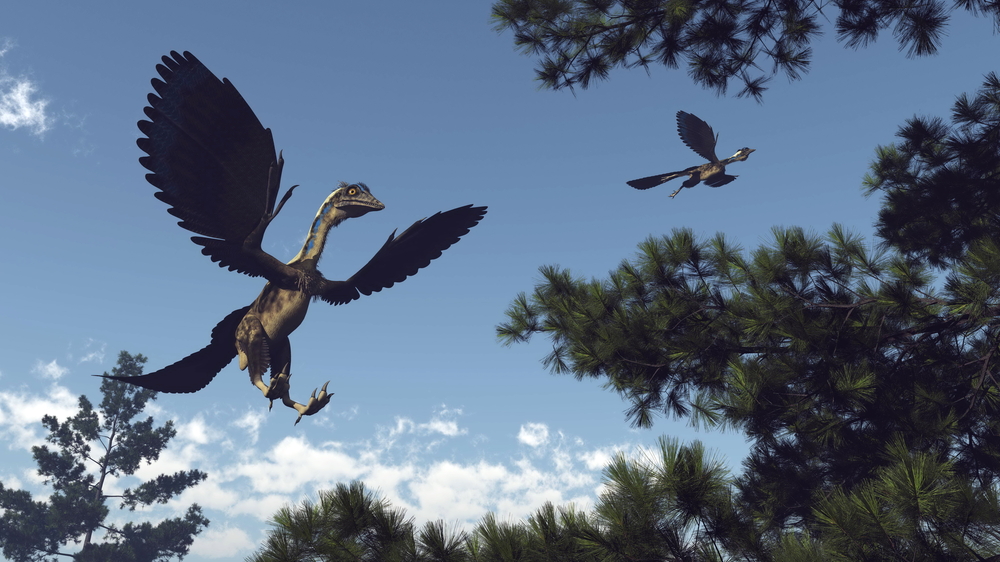 Scientists: transition from dinosaurs to birds was complex journey

These days, the knowledge that birds descended from dinosaurs is widely accepted. However, the complex journey from traditional reptile to modern bird still raises questions.

In a new paper, Dr. Stephen L. Brusatte of the University of Edinburgh took a look at recent research on avian evolution. He found that new discoveries have added new tangles in birds’ evolutionary thread.

Since the discovery of the “London specimen” of Archaeopteryx lithographica in 1860, paleontologists have wondered if and how modern birds and ancient dinosaurs are related.

Fossil discoveries in the past few decades have supported the theory – but they’ve also shown that the path from dinosaur to bird has been a much more complex journey than paleontologists first believed.

For example, Brusatte noted, new research shows that dinosaurs may have initially feathers for warmth or camouflage purposes long before they became useful for flight. Chinese fossils found in the 1990s had a wide variety of wings, he wrote.

“Furthermore, wings first appeared even earlier in much more primitive, sheep-to-horse-sized theropod dinosaurs that are widely held to be too large to fly,” Brusatte wrote.

Studies reviewed by Brusatte put forth the hypothesis that wings may have been display structures on earlier dinosaurs. The transformation into tools for flight may have come later, he said.

Paleontologists are also struggling to determine which dinosaurs could fly, and how. Brusatte pointed to a 2016 study that used mathematical and biomechanical equations to determine which known winged species might be able to fly.

“The verdict: Except for a handful of paravians, the dinosaurs did not have the wing sizes or configurations necessary for powered flight,” he wrote.

The rapidly advancing field of paleontology and new fossil discoveries have made two things clear.

First, the development of flight in feathered dinosaurs – and their evolution into modern birds – was a lot more complicated than previously believed. However, engineering and ongoing fossil discoveries are allowing paleontologists to learn much more about how flight evolved.

Second, flying dinosaurs may have been much more diverse than we thought.

“The Mesozoic Era (from 252 million to 66 million years ago) must have been aflutter with an aviary of dinosaurs, experimenting with different ways of navigating the air …” Brusatte said. “But much work remains to be done to better understand this heady period of evolution.”

Brusatte’s review was published in the journal Science.