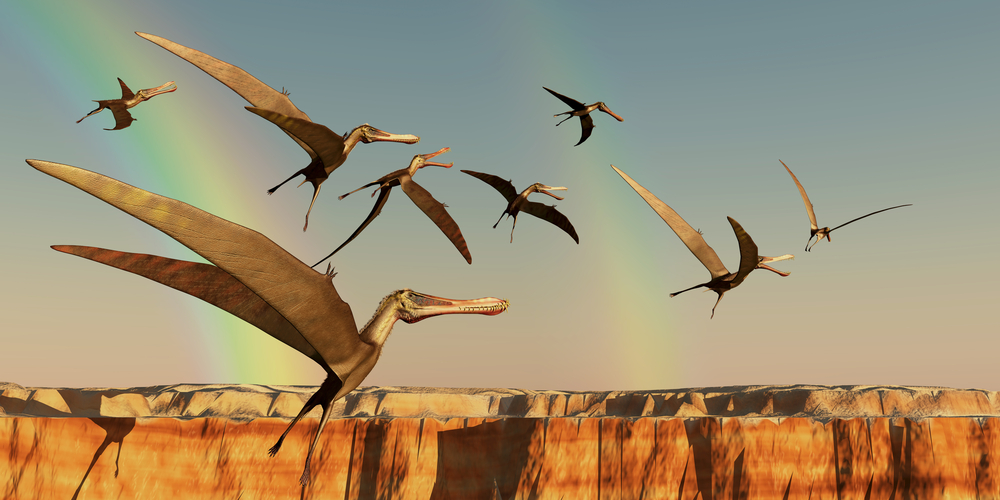 A new publication reveals the gregarious and social side of some dinosaur breeds. A report out yesterday centered on the bird-esque creature Avimimus, from the late Cretaceous period, quashes long-held wisdom that dinosaurs were solitary creatures.

“The common mythology of dinosaurs depicts solitary, vicious monsters running around eating everything,” explains Gregory Funston, Ph.D. student and Vanier scholar at the University of Alberta. “Our discovery demonstrates that dinosaurs are more similar to modern animals than people appreciate. Although the players are different, this evidence shows that dinosaurs were social beings with gregarious behaviour who lived and died together in groups.”

The discovery comes from a site in Mongolia, first encountered by paleontologists a decade ago. They found thousands of shards of destroyed bone, indicating fossil poachers had arrived before them. However, scientists then discovered a bonebed of extremely rare Avimimus dinosaurs.

The bonebeds provide ample evidence these animals lived together in herds. Though rare in the Jurassic and Triassic, they dominated the Cretaceous period. However, this is the first discovery of a bonebed of bird-like dinosaurs.

Funston says that stopping the increasing incidences of fossil poaching is perhaps even more important than the scientific findings. His team wishes to highlight the negative effect these poachers have on scientific research.

You can enjoy the full article here.