Dinosaurs were going strong when the deadly asteroid struck • Earth.com 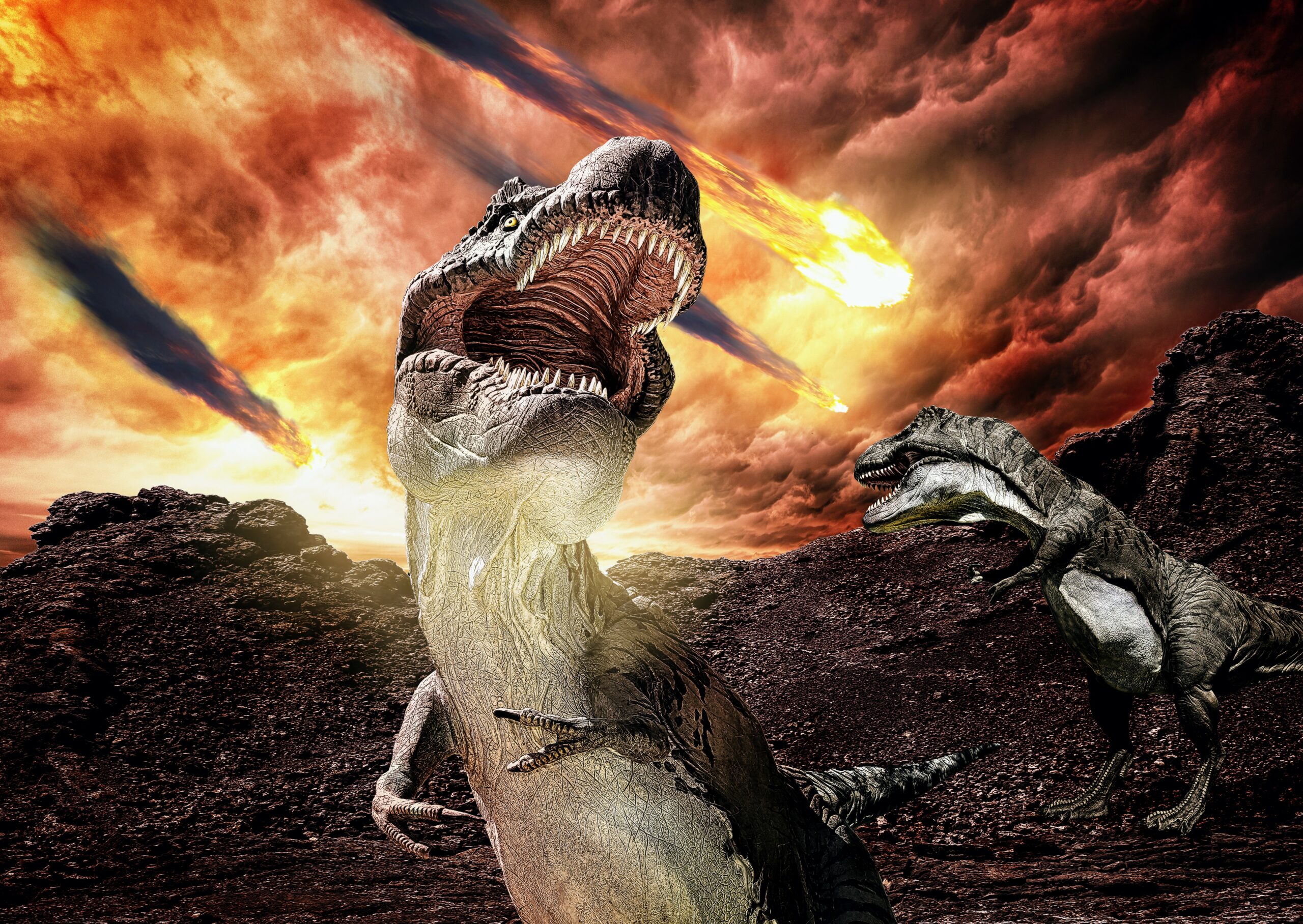 A new study led by the University of Edinburgh has produced the strongest evidence to date that dinosaurs were not in a state of decline when the deadly asteroid struck Earth. The research is the latest to investigate why non-avian dinosaurs like Tyrannosaurus rex were wiped out, while mammals and other species survived.

An international team of palaeontologists and ecologists analyzed 1,600 fossil records from North America. The experts reconstructed the habitats and food chains of animals during the last several million years before – and the first few million years after – the asteroid impact occurred.

The results of the analysis show that mammals were adapting well to their environments and diversifying their diets during the end of the Cretaceous period before the asteroid struck. At the same time, dinosaurs had established stable niches to which they were very well adapted.

According to the experts, mammals didn’t just take advantage of the dinosaurs dying. These animals gained an advantage by diversifying their diets, habitats and behavior patterns over time. As a result, they were able to survive the extreme conditions that were produced by the asteroid impact.

“Dinosaurs were going strong, with stable ecosystems, right until the asteroid suddenly killed them off,” explained study senior author Professor Steve Brusatte. “Meanwhile, mammals were diversifying their diets, ecologies and behaviors while dinosaurs were still alive. So it wasn’t simply that mammals took advantage of the dinosaurs dying, but they were making their own advantages, which ecologically pre-adapted them to survive the extinction and move into niches left vacant by the dead dinosaurs.”

Study first author Jorge García-Girón said the research provides a compelling picture of the ecological structure, food webs, and niches of the last dinosaur-dominated ecosystems of the Cretaceous period and the first mammal-dominated ecosystems after the asteroid hit. “This helps us to understand one of the age-old mysteries of palaeontology: why all the non-bird dinosaurs died, but birds and mammals endured.”

“It seems that the stable ecology of the last dinosaurs actually hindered their survival in the wake of the asteroid impact, which abruptly changed the ecological rules of the time,” said co-lead author Alfio Alessandro Chiarenza. “Conversely, some birds, mammals, crocodilians, and turtles had previously been better adapted to unstable and rapid shifts in their environments, which might have made them better able to survive when things suddenly went bad when the asteroid hit.”