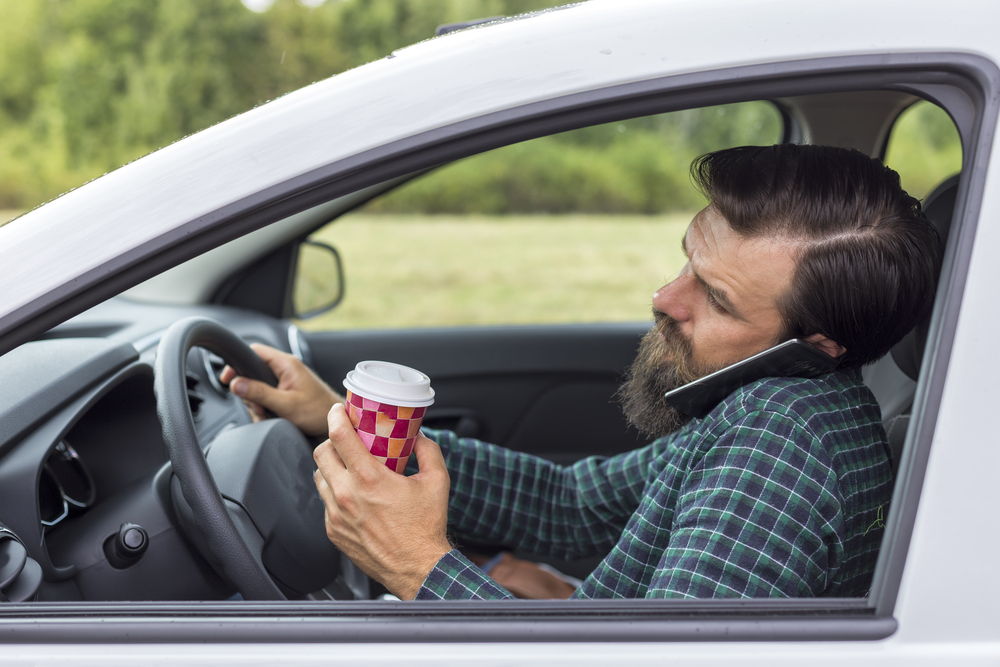 Everyone knows distracted driving is dangerous. Now, researchers say they’re beginning to figure out why.

Every day, eight people are killed in the United States in a crash related to distracted driving, according to the Centers for Disease Control and Prevention. Another 1,161 are injured, data from the agency states.

Cellphones are the most obvious modern culprit. According to the National Safety Council, 1.6 million crashes per year are directly linked to cellphone use while driving.

But even a simple conversation can be a dangerous distraction for a driver, according to a new study by researchers from the University of Iowa.

Researchers from the college’s Department of Psychological and Brain Sciences set out to determine just how distracting a conversation can be. Using computer equipment to monitor eye movement, they asked volunteers a series of true-or-false questions. A computer monitor simulated a roadway.

By tracking eye movements, they learned that “drivers” focusing on their questions took about twice as long to focus on new objects on the screen.

“What this study suggests is the reason you should be cautious (when holding a conversation while driving) is it slows your attention down, and we’re just not aware of it because it happens so fast,” said Dr. Shaun Vecera, the study’s lead author.

The active listeners took longer to disengage their attention from an object they were looking at and turn that attention onto a new object, the researchers found. They also found no difference between simple and complex questions. The findings suggest that the brain must be focused on a question to answer it, no matter how simple, the researchers said.

For now, that means ignoring your cellphone while driving.

“There’s no evidence that I know of that says you can eliminate the mental distraction of cell phone use with practice or conditioning,” Vecera said in a press release. “But that is an open question that should be studied.”

The study was published in Psychonomic Bulletin and Review.