Do corals depend on poop from their predators? • Earth.com 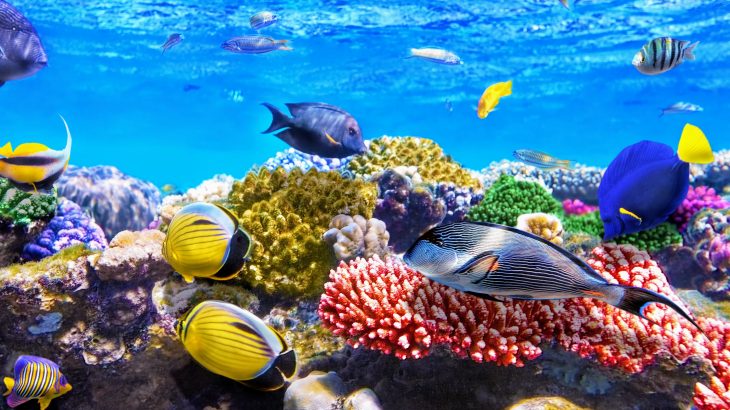 Do corals depend on poop from their predators?

Coral reefs may rely on poop from their predators, according to a surprising new study from Rice University. The revelation was made in the lab of marine biologist Adrienne Correa, where researchers discovered that coral predator feces are packed with living symbiotic algae that corals depend on for survival.

It’s an unexpected twist on coral reef symbiosis, said Correa. The study confirms that poop from coral-eating fish is an important source of symbiotic dinoflagellate algae for corals.

“The message is, ‘Move over grazers, it’s not just you helping maintain coral dominance. These coral-eating fishes are probably helping too by spreading beneficial coral symbionts,'” said Correa.

“This tells us we don’t really know all of the interactions that are happening on coral reefs, and some species may be important for coral reef conservation in ways that we haven’t imagined,” said study lead author Carsten Grupstra.

During an expedition to the island of Mo’orea in French Polynesia, the researchers followed fish that ate different amounts of coral and algae. The team documented what the fish ate and where they defecated. Meanwhile, Grupstra gathered samples of predator and grazer poop to examine in the lab.

“I left some samples in the window sill for a couple of weeks in Mo’orea,” said Grupstra. “Later, when I started looking at them (under a microscope), I found tons of symbionts. A lot of them were swimming around and some were dividing.”

The sheer number of live symbionts was both unexpected and potentially important in the larger picture of reef ecology, said Correa.

The researchers estimate that two species in particular, Chaetodon ornatissimus and Chaetodon reticulatus, each spread about 100 million live symbionts per day over an area of reef approximately the size of six parking spaces.

“This expands how we can think about the roles of coral-eating fishes on reefs,” said Correa. “They don’t just break up reef frameworks. They also disperse symbionts that corals and other organisms need.”

The discovery that predator poop creates hotspots of live symbiotic dinoflagellates on reefs raises questions about whether and how coral use them.

Going forward, Correa’s team will conduct a series of experiments on corals to determine how readily they absorb beneficial symbionts from the poop. She said many questions remain about how corals take up symbionts from the environment.

The study is published in the journal Animal Microbiome.