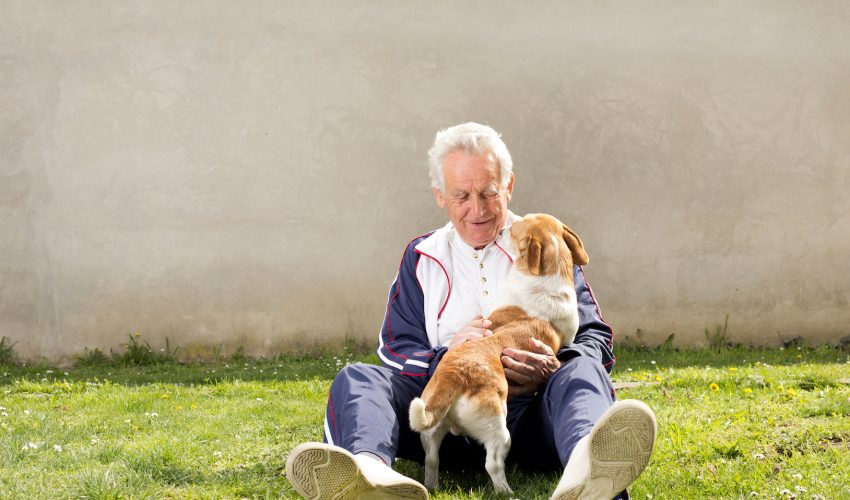 Owning a dog may help keep older adults more physically active, according to a new study.

“We found that dog owners aged 65 and over spent on average an additional 22 minutes walking, taking an extra 2,760 steps per day when compared to people who didn’t own a dog,” said Philippa Dall, senior research fellow at Glasgow Caledonian University.

Dog owners also had fewer continuous periods of sitting down than non-owners, although the total time spent sitting down did not differ between the two groups, the researchers found.

The study used data on patterns of physical activity and sedentary behavior in 43 dog owners  from three regions in the U.K., comparing with members of a control group.

Researchers monitored the time spent walking moderately, time spent standing, total time spent sitting, as well as the number of times people sat down and how long they sat down for. Dog owners and those in the control groups were matched on a range of variables such as gender, ethnicity, and socioeconomic status.

The study provides opportunities to gain greater insight by “providing objective data on both the intensity and patterns of physical activity and sedentary behavior,” Dall said.

Previous research has relied primarily on self reporting surveys rather than direct observational monitoring.

“This allows closer scrutiny of the potential relationship between changes in physical activity due to dog ownership and health,” Dall said.

Since the study was observational, it could not establish cause and effect or allow for conclusions about whether more active people are likely to own dogs or whether dogs make people more active.

The study is published in the journal BMC Public Health.