Dogs can “see” with their noses • Earth.com 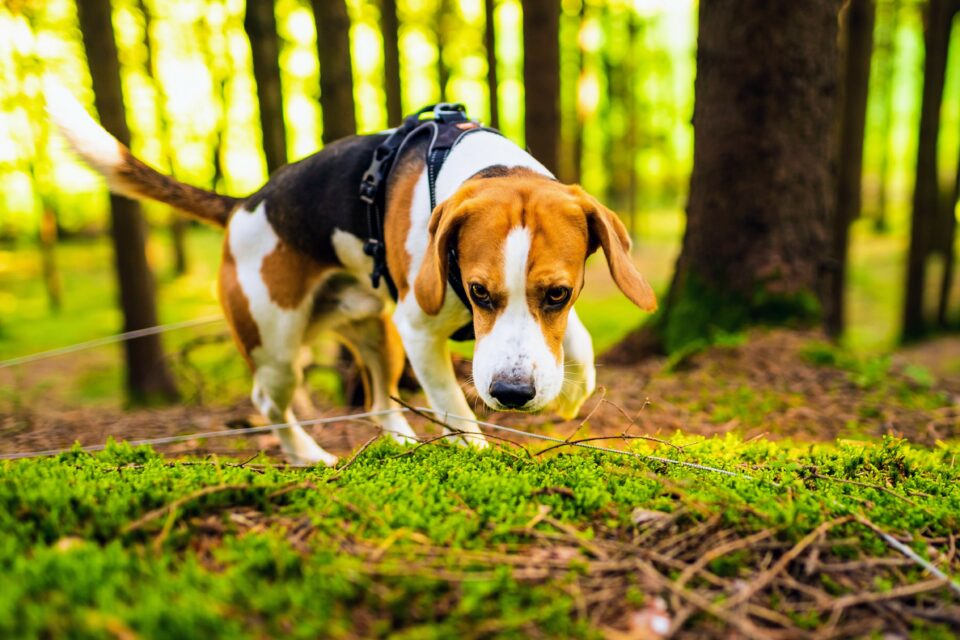 Dogs can “see” with their noses

According to a recent study published in the Journal of Neuroscience, powerful nerve connections link dogs’ noses to a wide variety of brain regions, including the occipital lobe, a part of the brain responsible for vision. This is the first time such as connection between smell and vision has been discovered in any animal species.

Dogs are known to have an amazing sense of smell. Their olfactory bulbs can be up to 30 times larger than those of humans, and their noses hold between 200 million and one billion odor molecule sensors, compared with the meagre five million receptors estimated to dwell in human noses. In order to investigate how olfactory information is transmitted to a variety of brain regions, a team of researchers led by Cornell University performed MRI scans on 20 mixed-breed dogs and three beagles.

By using a method called “diffusion tensor imaging,” which relies on the movement of water molecules along tissue, the scientists identified tracts of white matter fibers carrying signals between different brain areas. After smells enter the nose, they first reach the olfactory bulb, a brain structure located behind the dogs’ eyes. However, the signals then travel to a wide range of other brain areas, including those associated with emotions and memories. What was most surprising though was that olfactory information also reached the occipital lobe, which is responsible for handling vision.

“There have been lots of people who theorized that this connection existed, based on the behavior of trained dogs and detection dogs,” said Eileen Jenkins, a retired army veterinarian who was not involved in the study. “But nobody has been able to prove it. This is fabulous.”

This newly discovered connection between smell and sight suggests that, in dogs, the two senses are intricately linked. According to study senior author Phillipa Johnson – an expert in Veterinary Diagnostic Imaging at Cornell – this anatomical link could explain why smell can often compensate when dogs lose their sight. “Blind dogs can still play fetch,” she said.

Further research is needed to investigate the structure and functions of these olfactory tracts in different dog breeds, such as scent hounds that are trained for hunting, fishing, finding disaster survivors, or identifying diseases such as cancer or Covid-19.

Moreover, exploring the olfactory tracts of other animals could lead to unexpected surprises too. “I have actually had a play with some cat data,” Johnson confessed. “Cats have the most amazing olfactory system too, and probably more connections than the dog that I can see.”