Nearly 300 dolphins dead after being stranded along the Gulf of Mexico • Earth.com 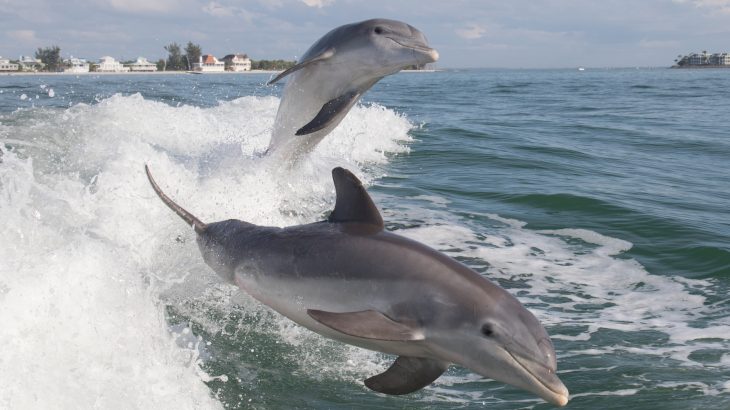 The National Oceanic and Atmospheric Administration (NOAA) recently announced an Unusual Mortality Event (UME) after a record number of stranded bottlenose dolphins have been reported along the northern Gulf of Mexico across Louisiana, Mississippi and the Florida Panhandle.

So far, at least 279 stranded dolphins have been discovered since February of this year, and 98 percent of them have died.

In order for a UME to be declared under the Marine Mammal Protection Act, certain criteria have to be met surrounding the deaths of a large group of marine animals.

Investigations are underway to determine potential causes. Necropsy examinations have been conducted on some of the dolphins, but the majority discovered were in too advanced a state of decomposition to examine properly.

Many of the stranded dolphins have skin lesions which the NOAA reports are caused by exposure to freshwater. As freshwater from rivers flows into the ocean, it lowers salt levels which can harm the dolphins if salinity reaches too low a point.

23 percent of the dolphins that were stranded along the Louisiana coast to the Florida Panhandle had freshwater wounds.

There are also concerns that these increased strandings could be due to the 2010 BP oil spill or a Louisiana spillway, according to Terri Rowles, the coordinator from the NOAA Fisheries Marine Mammal Health and Stranding Response Program.

After the BP oil spill, studies found that exposed marine wildlife had breathing problems, abnormalities in the blood, and deteriorating health overall.

The Gulf of Mexico’s largest dolphin die-off in recorded history was due to the spill, and these recent strandings may be part of the lingering aftermath.

“We do know some of the health conditions … are improving, but some have been slow to improve,” Rowles told the Associated Press. “Reproduction in the heaviest-oiled areas continues below normal.”

Other potential causes could be pollutants in the river spilling out into the oceans or decreases in fish stocks and crabs, which are also impacted by low salinity and forced to seek out to more suitable habitats.