Male dolphins use gifts to flirt with potential mates • Earth.com 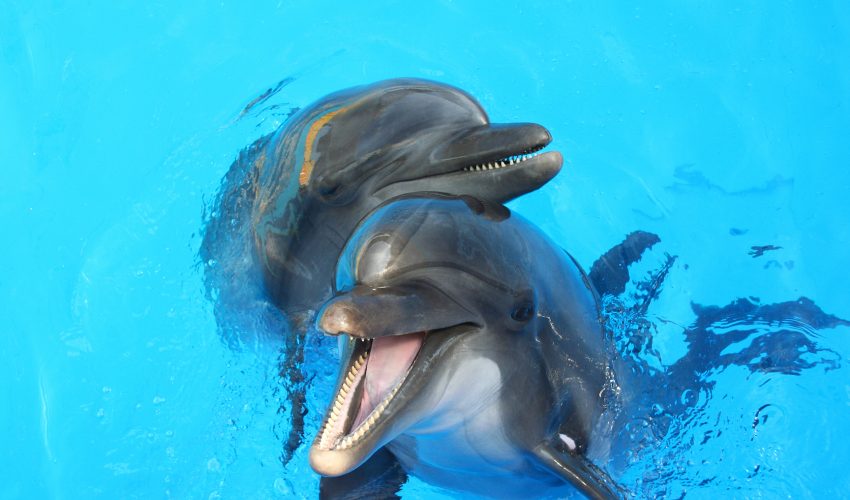 Male dolphins use gifts to flirt with potential mates

Scientists have revealed that male dolphins use some of the same tactics that human men use to get the attention of women. As a type of mating ritual, adult humpback dolphins present potential partners with gifts.

The researchers made this surprising discovery during ten years of dolphin observation off the coast of northwestern Australia. They saw male Australian humpback dolphins gifting large marine sponges to females, while also communicating visually and acoustically.

Simon Allen is a biologist at the University of Western Australia in Perth and lead author of the study.

“We were at first perplexed to witness these intriguing behavioral displays by male humpback dolphins, but as we undertook successive field trips over the years, the evidence mounted.” explained Dr. Allen. “Here we have some of the most socially complex animals on the planet using sponges, not as a foraging tool, but as a gift, a display of his quality, or perhaps even as a threat in the behavioral contexts of socializing and mating.”

While many animals put themselves on display to attract a mate, such as the peacock with its extravagant feathers, it is rare that a non-human species uses objects in a sex display.

“A display to impress a female is not unusual, but using an object in that display is very unusual,” said Dr. Allen.

The scientists first noticed the behavior during an interaction between a male, female, and a calf. The male dolphin retrieved a large marine sponge from the ocean floor, balanced it on its beak, and then nudged it toward the female dolphin.

The research team also witnessed the male dolphins enlisting the help of a “wingman” to get the attention of a sexually mature female.

“The formation of alliances between adult males for the purposes of coercing females is uncommon, since mating success cannot be shared,” said co-author Stephanie King. “This is a new finding for this species, and presents an exciting avenue for future research.”

While the researchers do not yet know how successful the male dolphin’s strategy is at this time, they plan to conduct underwater studies to find out. The scientists also want to use DNA testing to see if the males who give gifts have more babies.

The researchers believe this behavior demonstrates the male’s strength and quality as a partner. They say the findings of the study indicate an unperceived level of social complexity in dolphins.

Why do some children take bigger risks than others?
News coming your way
The biggest news about our planet delivered to you each day