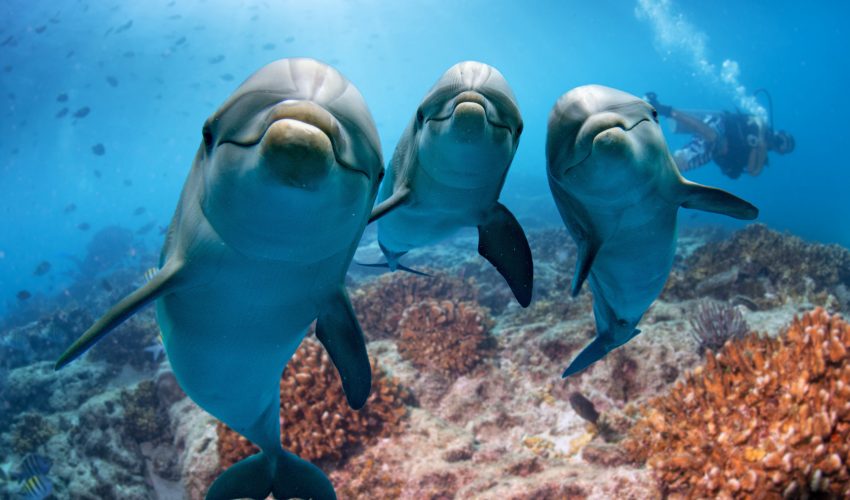 Polluted oceans are ruining the immune systems of wild dolphins

The observation of dolphins off the coast of South Carolina and Florida is causing concern about their health, as well as that of the ocean. Researchers discovered two populations of wild dolphins that have more chronically activated immune systems than dolphins in human care. The study gives an unprecedented look at the prevalence of disease in wild dolphins compared to those in controlled habitats.

Patricia Fair, PhD., is a professor at the Medical University of South Carolina and the lead author on the study. The research, published in the scientific journal PLOS ONE, revealed that immune system changes in wild dolphins were brought on by chemicals in the ocean and other environmental stressors that dolphins in human care do not have to contend with.

Dr. Fair explained, “This is likely a result of encountering pathogens, parasites and anthropogenic pollutants in the ocean that do not exist in closely managed zoological habitats. The immune system is incredibly complex and so very important for health. Microbes are part of the natural world and help to develop the immune system. The key to a healthy immune system is a balance between being able to recognize harmful organisms and overstimulation and this study demonstrates the importance of the environment in these responses.”

The analysis expanded upon research conducted by Dr. Gregory Bossart as part of the Health and Environmental Risk Assessment Project, or HERA. Bossart, a co-author of the current study and Chief Veterinary Officer at the Georgia Aquarium, has been collaborating with other experts to perform health assessments on more than 360 dolphins living in Indian River Lagoon and Charleston. The HERA researchers have recorded diseases, tumors, high levels of contaminants, and other disturbing health issues found in these wild populations of dolphins since 2003.

The resulting study focused on two wild populations of dolphins and two populations of dolphins that were living in human care. The samples from the Indian River Lagoon showed high levels of mercury, which could be a threat to humans as well. Near Charleston, high levels of chemicals that result from human activity were detected, such as oil and toxic chemicals that result from urbanization. Less than half of the wild dolphins in both populations were found to be in normal condition. The dolphins in controlled environments had less chronically activated immune systems.

“These wild dolphins are trying to tell us something and we are not listening. As a sentinel species, dolphins are an important way to gauge the overall health of our oceans. If wild dolphins aren’t doing well, it could also indicate future impacts to ocean health and even our own health,” said Bossart.