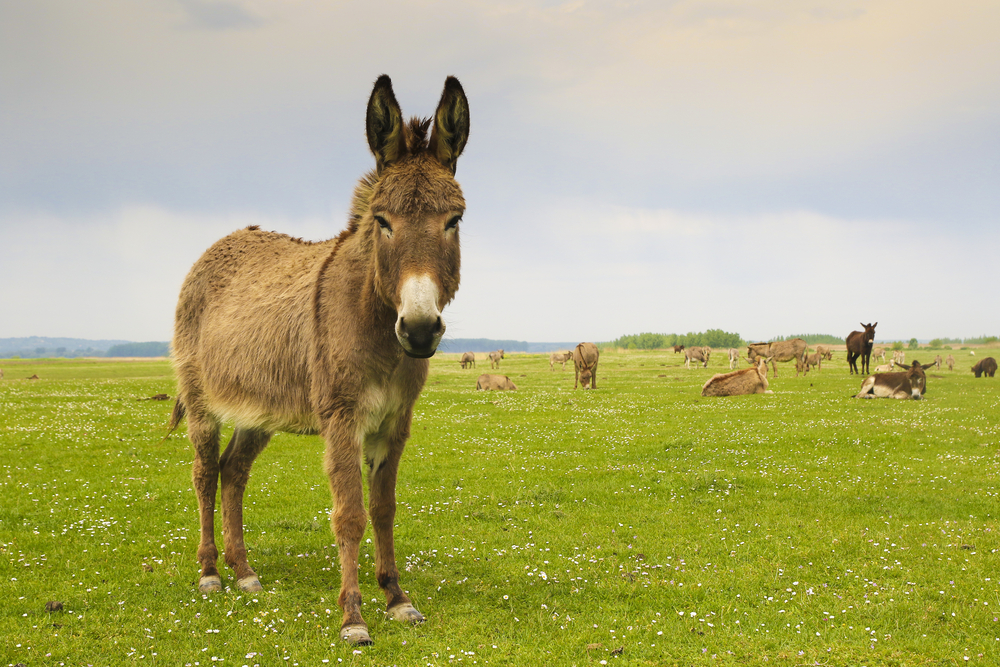 Caregivers gathered in New York for several days last month for their annual donkey symposium. Vets, nonprofits, and academics addressed ways to care for and improve the lives of these friendly creatures. Sadly, the status of donkeys, who were once worshipped by Egyptian Kings, has diminished over the years.

Dr. Eric Davis, a veterinarian from the University of California, created the annual event to shed light on the mistreatment of donkeys worldwide and to build an international organization of donkey carers. Davis is a donkey activist, travelling with a band of merry vets to treat these creatures in areas where care would otherwise be unavailable.

Nigerian veterinarian Dr. Philip Mshelia spoke about the mistreatment of donkeys in Africa. There are no regulations regarding their slaughter, with tens of thousands donkeys perishing each year to produce a gelatinous substance used in Chinese medicines. However, Dr. Mshelia did report some good news: Burkina Faso and Niger banned donkey exportation earlier this year.

Donkeys have many friends in the U.S. and Britain, who lead the way in donkey protection. The Donkey Sanctuary in England is one of the most famous welfare groups. They work globally to rescue and retire working or abused donkeys and have been doing so for over 40 years. By 2018, they hope to be operational in 40 countries and double the number of donkeys in their care to 3000.

At the conference, Dr. Davis spoke of the continued plight of the donkeys and his fears for their future. As developing countries become more affluent, they may turn away from their four-legged friends and towards motorized vehicles. If they do, we may see history repeating itself as it did at the turn of the last century, when people slaughtered their horses in favour of mechanical vehicles. Dr. Davis hopes donkey lovers will help mitigate the risks for donkey populations – if they absolutely must lessen – by assuring their deaths are as humane as possible.