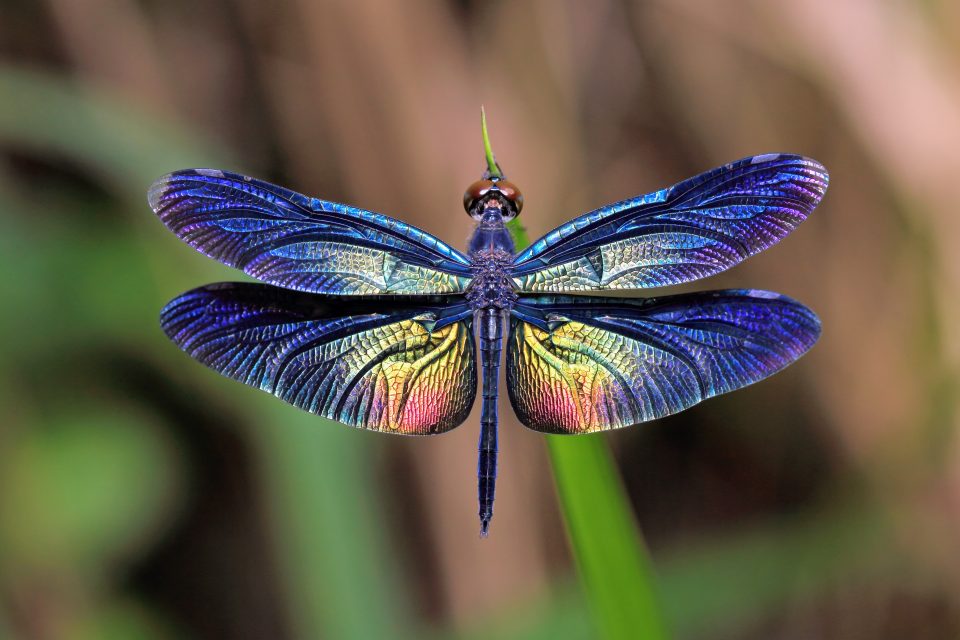 We often think of individual drivers of natural selection separately from each other. It’s easy to think of the big and bold examples – how male Irish elk or peacocks were driven to evolve elaborate decoration to attract mates, despite the inherent risks. Evolution is more complex than this though.

Many factors work together to select “for” or “against” individual traits and the underlying suit of genes. In a new study led by Michael Moore of Washington University, experts have investigated how different factors affect the color patterns of male dragonfly wings.

The researchers looked at the amount of pigment found in male dragonfly wings. It is believed that the primary purpose dragonfly wing colors is for mating. However, the scientists have now found that sex is not the only factor in wing color.

Utilizing databases created by “citizen scientists” using iNaturalist and field guides, the experts were able to examine the amount of pigment found in dragonfly wings at different locations. The difference in pigments is important because, depending on the color, wings can increase in heat up to two degrees celsius, explained Moore.

As expected, the study authors found that dragonflies found in warmer locations tend to have less pigment on their wings, while those in cooler climates tend to have more. This seems to be an adaptation that keeps dragonflies from overheating.

The study also revealed that in warmer years, dragonflies tended to have less wing color than those photographed on cooler years. Interestingly, female dragonfly wings do not change colors as much in response to temperature as those of males.

Looking at climate change scenarios, the researchers note that we cannot expect male and female dragonflies to adapt in the same ways. One possibility is that as wing patterns change, it will become harder for female dragonflies to distinguish between members of their own species and different species, a potential problem for the survival of these fascinating insects.