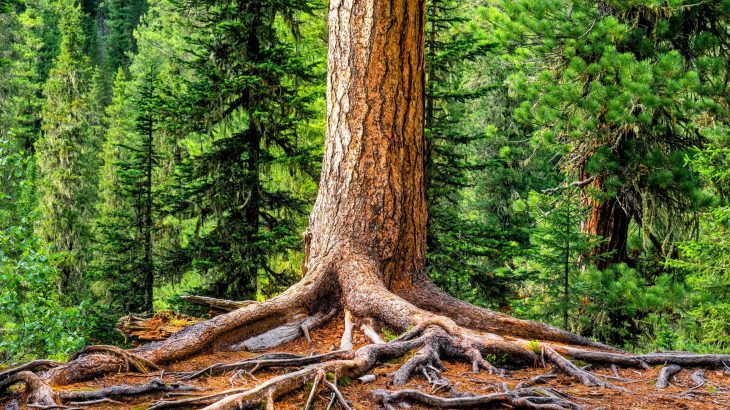 When trees die in drought conditions, the underlying cause is a rapid collapse in the hydraulic system, according to a new study from the University of Basel. The research suggests that trees die of thirst more quickly than previously realized.

The extreme summer heatwave of 2018 was devastating for some forests, but also presented the experts with an opportunity to closely monitor the response of individual trees. The previous year, a team led by Professor Ansgar Kahmen had already set up a research area in Hölstein, Switzerland.

The experts randomly selected 10 Norway spruces, all more than 100 years old and about 30 meters tall, and set out to measure the seasonal fluctuations in the water balance in the canopy.

The goal of the study was to determine how the Norway spruce and other native tree species respond to climate change. Soon, the heatwave moved in.

“This was a unique opportunity for us,” said study lead author Dr. Matthias Arend. “It was the first time we were able to observe in nature what drought can do to large, old trees.”

With its flat root system, the Norway spruce is particularly susceptible to collapse, explained Dr. Arend. “The tree dies because the hydraulic system that transports the water upwards from the soil collapses.”

The researchers were surprised to find that the hydraulic system collapses very quickly. The experts believe that this critical point is reached when a large proportion of the roots lose contact with the moisture in the drying soil.

“Forecasts are very difficult, because it is not a slow, linear process, but one that happens very suddenly, with the system of water uptake and transport failing in the space of just a few days,” said Dr. Arend.

According to the researchers, the Norway spruce responds more sensitively to drought than previously assumed.

“As we can expect extreme periods of drought to become increasingly common in future, we have to think about other tree species that may be able to deal better with the lack of water.”

Dr. Arend and his team were able to observe their findings firsthand. The Norway spruce, which is the most important conifer in Switzerland and in central Europe, suffered the most from the heatwave of 2018. The results can be applied to other conifer species as well.