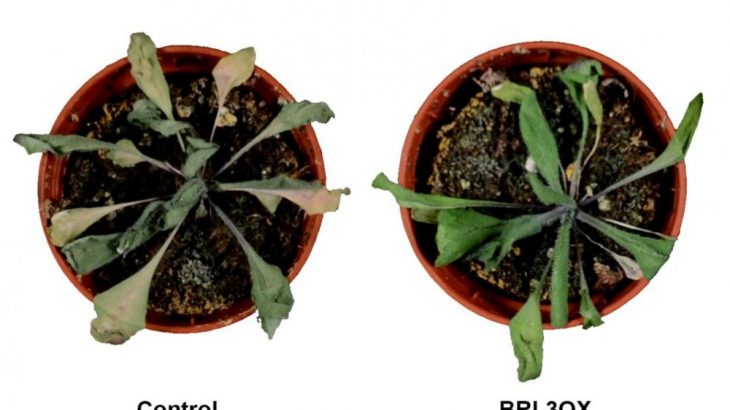 As scientists prepare to fight the increasing effects of climate change, one area has posed difficulties: engineering drought-resistant plants that grow as well as their unaltered counterparts.

Enter Dr. Ana Caño-Delgado, a researcher with the Center for Research in Agricultural Genomics, who has discovered a way to use steroid hormone signaling to increase the growth and yield of drought-resistant crops.

“Drought is one of the most important problems in today’s agriculture. So far, the biotechnological efforts that have been made to produce plants more resistant to drought have not been very successful because as a counterpart to an enhanced drought resistance there was always a decrease in plant growth and productivity,” Caño-Delgado said in a press release. “It seems that we have finally found a strategy that could be applied and we want to continue exploring it.”

Her team’s study is the first to successfully increase plant tolerance to drought without sacrificing growth. The discovery comes after 15 years of study of brassinosteroids – plant steroids – in the herb Arabidopsis thaliana.

They found that some plants that overexpressed a specific steroid receptor – BRL3 – and that their vascular tissue was more resistant to water shortages. These drought-resistant plants didn’t show the defects plants with other mutations had, the researchers said.

By modifying the signaling of steroid signaling in A. thaliana, the researchers created drought-resistant plants that still grow like their thirsty cousins.

“We have discovered that modifying brassinosteroid signaling only locally in the vascular system, we are able to obtain drought resistant plants without affecting their growth,” Caño-Delgado said.

The team joined with researchers from the United States, Japan and Europe to study how the mutation works. They found that arabidopsis plants with BRL3 produce more metabolites in their roots and aerial parts during normal irrigation. Under dry conditions, these metabolites protect the roots of the drought-resistant plants.

The researchers are now studying how their find might be adapted for agricultural plants, especially cereal grains.