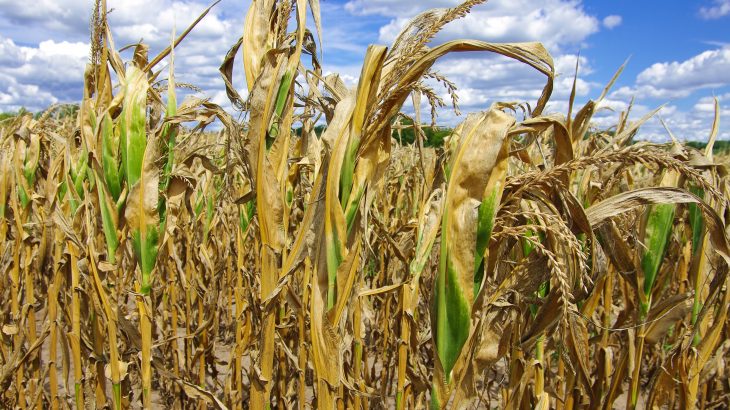 A dangerous combination of droughts and heatwaves has substantially increased across the United States over the past 50 years, according to a new study from the American Association for the Advancement of Science. The regions that have been affected most by dry-hot weather extremes are located in the West and parts of the Northeast and Southeast.

The researchers also found that the areas experiencing more frequent droughts and heatwaves are becoming more and more connected. As a result, the larger impacted regions are placing enormous strain on relief efforts.

“Episodes of extreme dryness and heat are the recipe for large forest fires,” said Sadegh. “These extremes are intensifying and extending at unprecedented spatial scales, allowing current wildfires to burn across the entire U.S. west coast.”

Up until now, climate risk analyses were not usually designed to focus on shifts in more than one climate parameter at the same time because coinciding severe weather events were rare. Climate change has already begun to increase the frequency of concurrent extreme events.

“Traditionally, probability of multiple extremes co-occurring was quite low, so many of the traditional risk assessment frameworks were focused on separate hazards,” said Sadegh. “However, since climate change has escalated the probability of multiple extremes happening simultaneously, a paradigm shift is required to address these emerging threats.”

To investigate how the frequency of concurrent droughts and heatwaves has evolved over time in the United States, the researchers analyzed simultaneous drought and heat extremes using 122 years of climate data based on ground observations.

The experts noted that the findings may be used to bolster risk assessment frameworks and inform climate adaptation and mitigation efforts.

“This study, and the 2020 fires that have burned and are burning the entire West Coast, show us that our infrastructure design frameworks may not be appropriate anymore in a warming climate,” said Sadegh.

“Our agriculture system is too vulnerable to dry-hot events, our housing codes are not proper for an era of megafires, and our wildlife is too fragmented and too stressed to tolerate a future of increasing extremes.”