Drug-resistant bugs could be spread through contact with pets • Earth.com 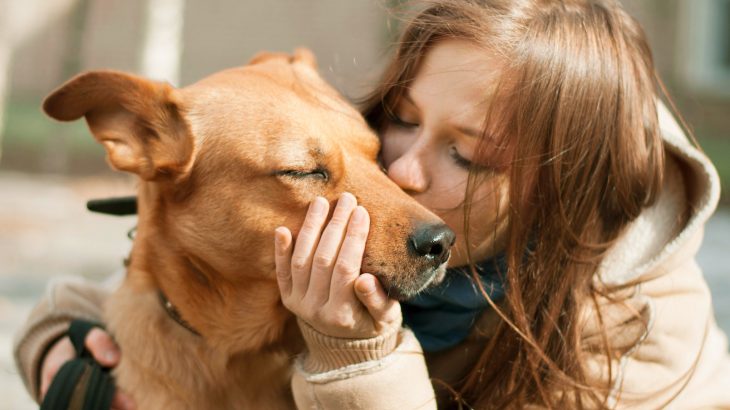 Drug-resistant bugs could be spread through contact with pets

A new study has found that being overly affectionate with our dogs may unwittingly lead to the spread of antibiotic-resistant bugs.

Doggy kisses and cuddles may help strengthen the bonds we have with our pets, but researchers from the Glasgow Caledonian University warn that these displays could spread drug-resistant bacteria through saliva.

Unfortunately, the researchers acknowledge that behaviors such as cuddling and allowing our dogs to lick our faces are a deeply ingrained part of pet ownership that people are unlikely to stop doing anytime soon.

The study was published in the journal Behavioral Medicine.

“This close contact could potentially put adults, children and the pets themselves at risk of transferring bugs that are resistant to antibiotics through saliva,” said Adele Dickson, a psychologist who led the study. “I would also advise any open wounds be covered so there’s no risk of transferring anything from skin to skin.”

Dickinson and a team of researchers interviewed 35 dog owners. The dogs in the study had all been treated with antibiotics and many unnecessarily so.

Vets may be too quick to hand out antibiotics and owners are asking for antibiotics even if their pet doesn’t need them.

As with humans, misuse and overprescribing of antibiotics in pets can lead to antibiotic resistance which can spread to humans through contact.

“The biggest take-home message to pet owners from this study is to think twice about whether your pet, you, your children or other family members actually need antibiotics,” said Dickinson. “Many pet owners told us they felt a sense of guardianship and protection towards their pet when it became ill and they would specifically ask for antibiotics to reassure themselves that they were helping but it’s actually doing more harm than good if they are not necessary.”

To reduce the risk of spreading antibiotic resistance, the researchers recommend that pet owners and vets carefully consider using antibiotics and avoid coming in contact with their dog’s saliva as much as possible.

Dickinson is quick to point out that the study results do not call for completely ceasing all contact with pets.

“I know how important that affectionate relationship between the owner and their pet is to both mental and physical health and well-being,” Dickinson said.