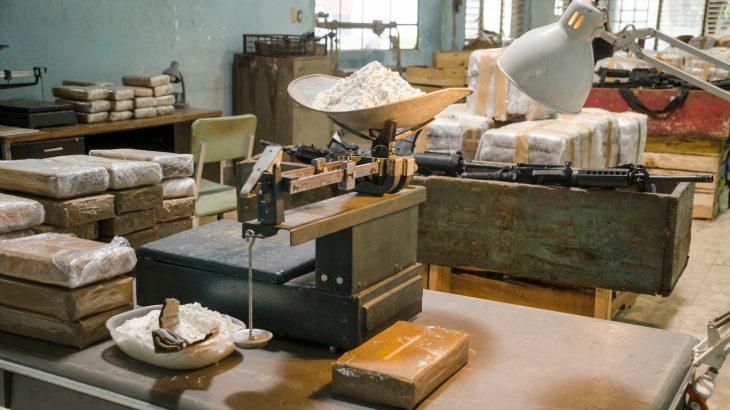 A new study led by The University of Alabama has revealed that smugglers who move illegal drugs through Central America are responding to law enforcement activity by finding new routes and methods for drug trafficking. The research has revealed that government strategies aimed at intercepting cocaine are actually making a larger geographic area available for trafficking, as the drug continues to reach the United States.

“This work demonstrates that supply-side counterdrug strategies alone are, at best, ineffective and, at worst, intensifying the trafficking problem,” said study lead author Dr. Nicholas Magliocca. “These networks have demonstrated their ability to adapt to interdiction efforts, identifying and exploiting new trafficking routes in response.”

In the last few decades, efforts by the United States to prevent illegal narcotics from getting into the country have been costly and ineffective. Drug traffickers have responded by adapting their networks across Central America, adjusting their smuggling routes and modes of transit.

The team developed a geographic agent-based model to investigate the processes smugglers use to make their decisions and how the cocaine trafficking networks adapt to interception efforts.

“This model gives us the tools to look within the transit zone to see the consequences of interdiction,’ said Dr. Magliocca. “It provides a virtual laboratory for exploring alternative interdiction strategies and scenarios to understand the unintended consequences over space and time.”

The model showed just how widespread cocaine trafficking has become. The researchers also determined that interdiction will continue to spread traffickers into new areas, allowing them to continue to move drugs north. Dr. Magliocca explained that a wider network becomes more costly to monitor and enforce, and increased efforts to stop trafficking increase the risk and, thus, the profits of smugglers.

“The adaptive responses of narco-traffickers within the transit zone, particularly spatial adjustments, must be understood if we are to move beyond reactive counterdrug interdiction strategies.”