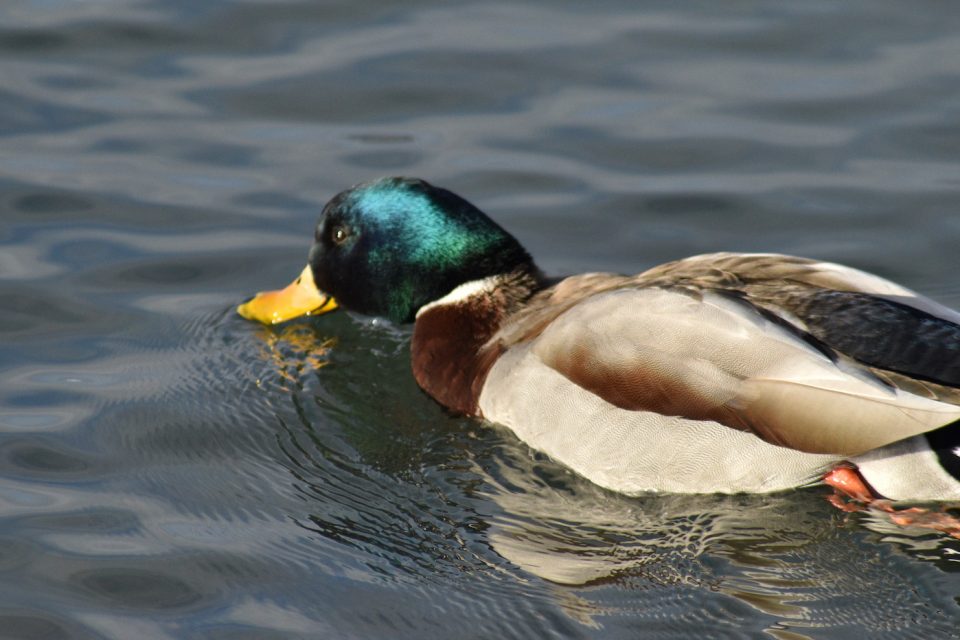 Duck bills help reveal how our sense of touch operates

A team of researchers from Yale University are studying the ultra-sensitive skin found on duck and waterfowl bills in an effort to better understand how human touch works. They’ll present their findings early this month at the 63rd Biophysical Society Annual Meeting.

“We know a lot about how we see, taste, and smell,” Yale’s Slav Bagriantsev said, “but we actually don’t know much about how touch works at the molecular level.”

As of right now, the scientists have only discovered one molecule, called Piezo2, that plays a significant role in vertebrate touch. Piezo2 has been previously studied in mice, however, because mice are covered in fur, the effects of Piezo2 in glabrous skin, like palms, lips, or duck bills has not yet been studied.

So, Bagriantsev and his Yale colleagues, Eve Schneider and Evan Anderson, investigated the glabrous skin of waterfowl bills to see how it relates to human touch. They found that humans and ducks share a similar density of neurons in their glabrous skin responsible for sensing touch.

When ducks use their bills to sense movement in water and mud, a small force from a tadpole or other food source stretches the neurons in a duck’s bill. Then, Piezo2 opens and allows ions into the neuron, which then fires, thus sending a signal to the brain that movement was sensed. Duck Piezo2, as the researchers found out, stays open longer than in mouse Piezo2, which most likely makes duck bills more sensitive than mouse paws.

“It seems that ducks capitalized on what most vertebrates normally have,” Bagriantsev said.

The team realizes that Piezo2 is probably just one of several molecules involved in touch sensitivity. Therefore, they hope to continue their research on duck bills to discover more information about how touch sensitivity in glabrous skin operates.