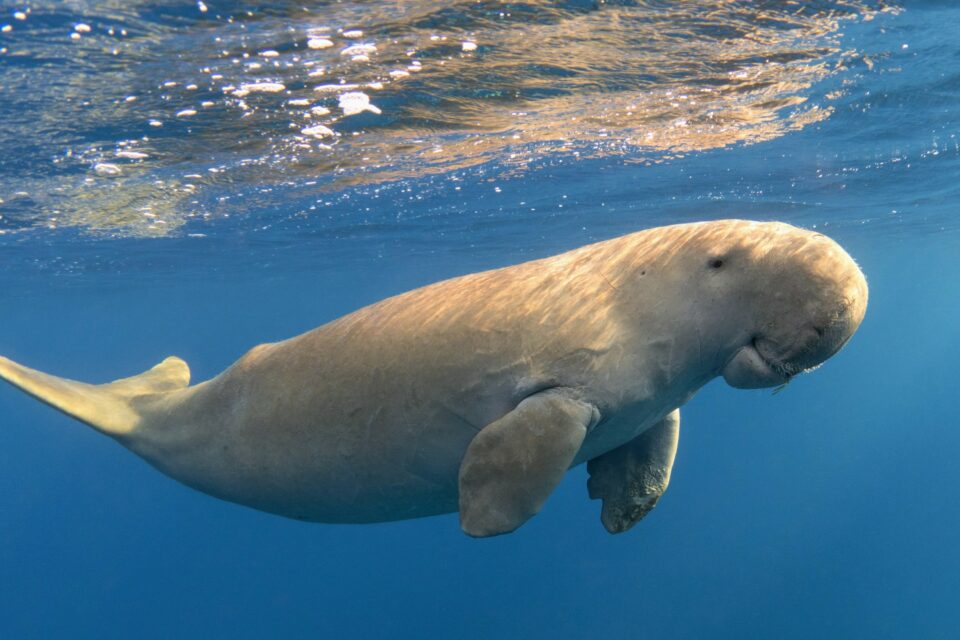 In a new study led by the Zoological Society of London (ZSL) in collaboration with the Chinese Academy of Sciences, conservationist experts have reported that the dugong – a giant, gentle marine herbivorous mammal belonging to the manatee family – is now “functionally extinct” in China, with no sightings of this charismatic creature since 2008. Since 1970, the number of dugongs in waters close to mainland China has decreased significantly, largely due to human activities.

The dugong is known to slowly roam the coastlines of tropical and subtropical countries, feeding upon seagrass from shallow waters. This strictly herbivorous mammal can grow up to ten feet in length and weigh over 1,000 pounds. In a press release covering the new findings, the scientists argued that there are “strong indications that this is the first functional extinction of a large mammal in China’s coastal waters,” an area where they have been observed for centuries.

The analysis shown that fishing, ship strikes, and human-driven habitat loss were significant drivers of extinction. Since sea grass – the dugongs’ main habitat and source of nourishment – is being “rapidly degraded by human impacts,” China’s efforts to make sea grass restoration and recovery “a key conservation priority” may have come too late to save these mammals.

“Dugongs stay in waters up to ten meters and are constantly grazing,” explained study co-author Heidi Ma, a postdoctoral researcher at ZSL. “But there is a lot of competition for resources in these areas,” due to the fact that sea grass contains large amounts of carbon and is thus a major food source and habitat for a variety of aquatic organisms.

In light of these recent findings, scientists recommended that the International Union for the Conservation of Nature (IUCN) reassess the dugong’s regional status as critically endangered or even possibly extinct across the entirety of Chinese coastlines.

“Their absence will not only have a knock-on effect on ecosystem function, but also serves as a wake-up call – a sobering reminder that extinctions can occur before effective conservation actions are developed,” Professor Turvey concluded.