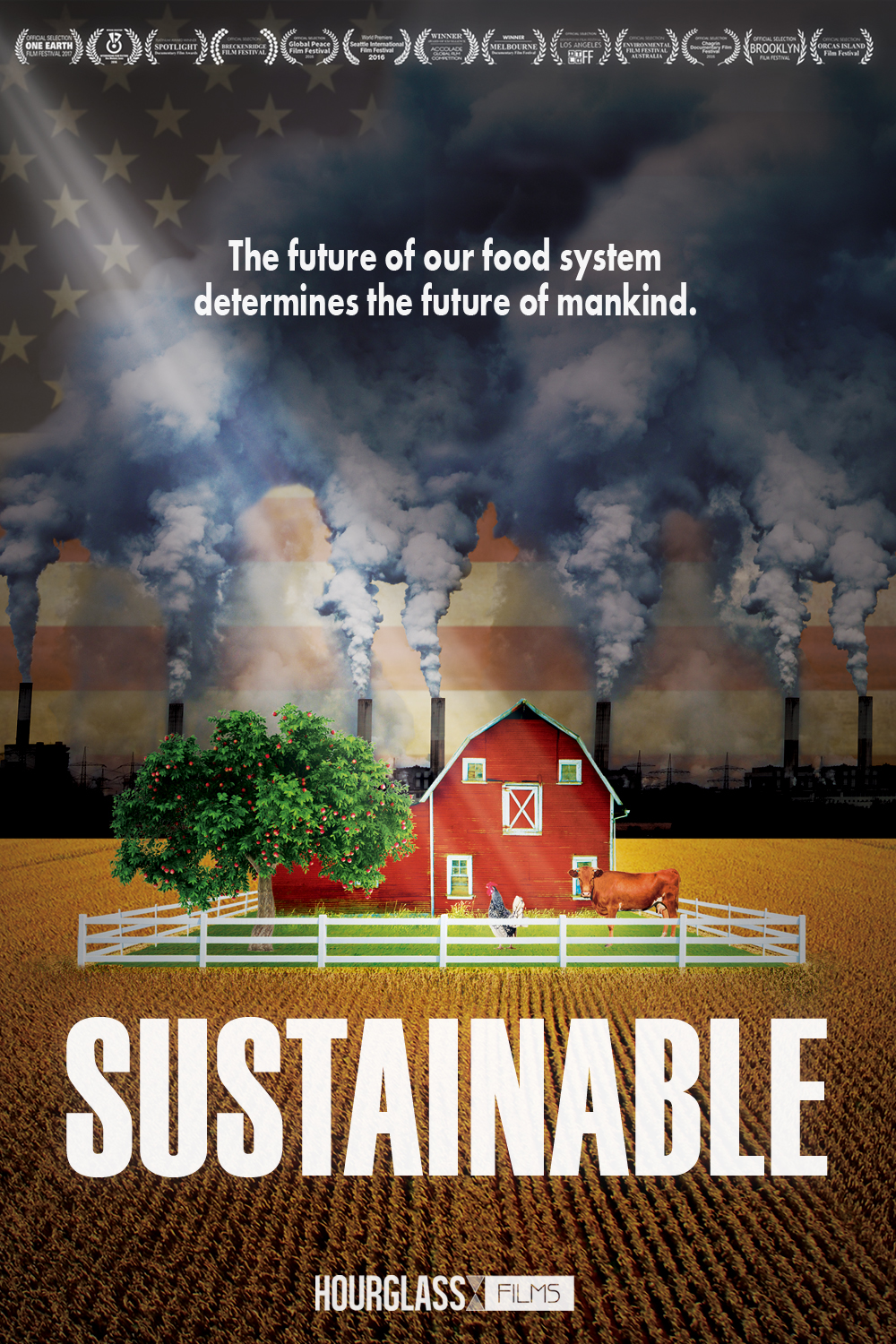 Sustainable, a documentary film by Matt Wechsler and Annie Speicher, lays out the case for organic farming through the eyes of farmers practicing sustainable operations and their nutritionally committed food operations customers.

The star of the film is central Illinois farmers Marty and Kris Travis and their grown son, Will. The family couldn’t be more passionate about the way they work Spence Farm, the small plot of land they repurchased in 1999 after a prior generation had to sell it the decade before. The Travises only started turning a profit after attending a meeting of Chicago restaurant chefs looking for a locally grown organic produce supply chain. The chefs would place an order for whatever underserved produce they needed the next season and the Travises would figure out how to organically grow it.

When Will points out how his neighbors, traditional farmers farming a thousand acres or more, are making $400 an acre while Spence Farm is pulling in $2,200 on each of their 160 acres, the film certainly makes the case for the economics of

farming without the high chemical input costs and other bad practices that have become the unwritten rules of agribusiness.

The Travises eventually recruit other small, struggling farmers, some of whom give on-screen credit to the family for saving their own operations.

We learn that most of the farming land in Iowa is devoted to corn and oats, and that the commodity nature of those crops means that the farmers are entirely at the mercy of markets. Their crop prices have nothing to do with the quality of their output in a given year. The sustainable farmers in the film, on the other hand, have more control over what they choose to grow and charge for their yield.

As in many similar stories, big agribusiness is the enemy. One University of Missouri agriculture professor even admits to having trusted the corporate farms to more efficiently feed more people on less acreage. Sure, it would push family farmers out of the business, but that would, in turn, enable those former people of the land to find more profitable careers elsewhere. What he didn’t count on, he says, was the spike of farmer suicides in the 1980s when they couldn’t keep their multi-generation family farms. That’s the point at which he sees that farming isn’t just a business – it’s a culture.

There are a lot of farming cultural heroes in this film, including an Amish agricultural consultant from Middlefield, Ohio whose face is never shown on-camera because of the prohibitions of his religion, but whose knowledge of the old ways are entirely new again.  The sustainability farming experts preach that a diseased plant is one whose health has been permitted to decline and that nutrition programs for the crops can save the fields without pesticides.

Interestingly, cattle ranching is put in a favorable light, as long as the meat producers act in environmentally sensitive and non-cruel ways. Vegetarian, animal welfare activist and environmental lawyer Nicolette Hahn meets, falls in love with and marries Bill Niman, a cattle rancher – much to her own surprise. The family’s farm raises grass-fed, grazing beef cattle. The former lawyer states the many ways their herd contribute to responsible land management.

“When you have good grazing, it stimulates vegetation growth and keeps soil moister,” she says. “Hooves tramp organic matter back into the soil.”

The film does an admirable job of extolling the benefits of organic farming over the current agribusiness model. But by presenting mostly small-scale farmers whose main customers are big-city fine dining restaurant chefs, the filmmakers and passionate food activists inadvertently highlight their argument’s weaknesses. These are mostly boutique farmers selling to boutique markets. One might conclude that the higher prices of organic produce is the “real” price of food, and that the corporate mass producers have found ways to cheat costs down that are detrimental to the land and to the health of the American customer.

But until organic farming finds its way into Walmart and Kroger as prime suppliers – not just a small dedicated sub-section of the produce aisle – they aren’t making the mass-market sell they need to be taken seriously by mass markets. Instead, they’re serving only a more elitist audience of fine diners at trendy metropolitan restaurants, and for upscale outdoor market aficionados and those willing to pay extra for their nutritional savvy at Whole Foods and Trader Joe’s.

At one point the filmmakers point out that 20 percent of American children are food-insecure. But are the parents of those kids going to solve the challenge by taking the family to a four-star Chicago eatery or by rolling a grocery cart through the organic aisle at a trendy big-city supermarket?

One foodie and customer of Spence Farm is a baker for Publican Artisan Bread in Chicago who boasts that, while supermarket loaves takes four hours to make, theirs take 60 hours. One can guess that a 60-hour bread costs much more than a mass-produced loaf baked in a fraction of the time – and that it’s well worth it in terms of both flavor and nutritional value. The average family might buy an artisan loaf to thank Aunt Martha for watering the houseplants while they’re on vacation, but will they put it in the kids’ school lunch boxes five days a week?

Until organic farming can be done on a much larger scale at prices that don’t induce sticker shock, sustainable farming might continue to serve a small, but dedicated upscale and urban market.

Sustainable is currently playing on Netflix.