Earth Day 2019: Why it's more important than ever • Earth.com 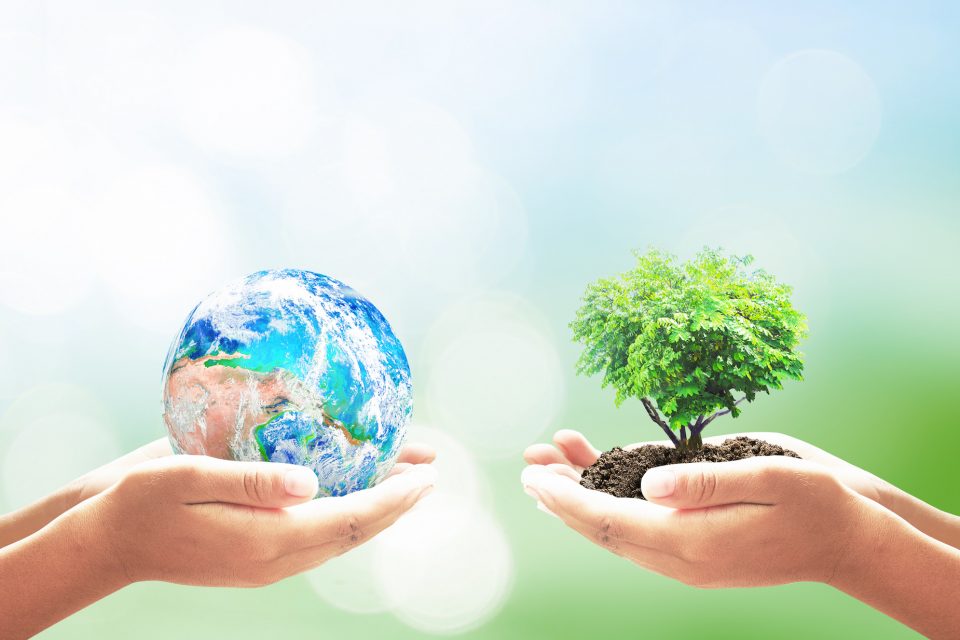 Earth Day 2019: Why it's more important than ever

Happy Earth Day! Nearly 50 years ago, what started out as a nationwide protest organized by Senator Gaylord Nelson to increase environmental awareness turned out to be a huge success that is still known today as Earth Day. In 1970, more than 20 million people participated in rallies and teach-ins across the United States and Canada, sparking a movement that is now observed by over a billion people in 192 countries around the world.

In its early years, Earth Day was primarily focused on improving water and air quality and protecting the planet. Today, however, it is needed to help solve the biggest crisis that we have ever faced together as a global community. Climate change is transforming the world as we know it, and posing unprecedented threats to every species of life on the planet. Drawing support for environmental protection has become more urgent than ever before, and Earth Day has taken on a new meaning.

The potential impacts of man made climate change that scientists have been warning about for decades, including global warming, are no longer a problem of the future. The effects of heat-trapping greenhouse gases can actually be seen occurring around us. Extreme weather events such as droughts, wildfires, and hurricanes are intensifying. The Arctic is losing its ice, and the chemistry of the ocean is changing faster than it has in the last 50 million years. And those are just a few of the dangerous symptoms of climate change.

The extent of the damage that could be caused by global warming is difficult for most people to imagine. According to a recent study from the Potsdam Institute for Climate Impact Research (PIK), human activities have pushed atmospheric CO2 levels to the highest they have been in three million years. The last time the Earth had CO2 concentrations that were comparable to those we have reached today, the sea levels were up to 20 meters higher and Greenland was actually green.

Beyond climate change, pollution has also grown into a worldwide crisis. A shocking report from the United Nations recently announced that environmental pollution is to blame for the premature deaths of nine million people each year. Meanwhile, a separate report from the United Nations has revealed that 25 percent of global disease and mortality is caused by environmental damage, and plastic pollution is one of the biggest growing threats. Every minute, about a million plastic bottles are purchased and two million plastic bags are used worldwide.

As a result of Earth Day, Americans have gained the Environmental Protection Agency, the Endangered Species Act, as well as critical laws to protect air and water quality. In 2016, the United Nations chose Earth Day to sign the Paris Agreement, a landmark event that brought together almost 200 countries in an effort to limit global warming. Despite all of this progress, however, much more action is needed to reverse the damage that human activities have done to our planet.

This year, the Earth Day Network (EDN) is asking for people to join the Protect our Species campaign.

“We are amidst the largest period of species extinction in the last 60 million years,” said EDN. “Normally, between one and five species will go extinct annually. However, scientists estimate that we are now losing species at 1,000 to 10,000 times the normal rate, with multiple extinctions daily. Multiple species will disappear before we learn about them or the benefits they bring to our planet.”

As the EDN prepares for its 50th anniversary, the team wants to “reimagine what we can collectively do for our global environment with activities and events.”

“The time is now to mobilize and take action to save our planet. We will amplify direct links between technological innovation and inclusive climate prosperity, two signature themes we will be emphasizing around the world as we build towards the 50th anniversary of Earth Day in 2020.”

“We are creating millions of avenues for civic engagement in all 190 countries around the world and working with global decision-makers, including policy makers, local, regional and national governments and corporate sector leaders, to reach a diverse network of citizens around the world.”

For example, the EDN has created a month-long worldwide volunteer-driven program called “The Great Global Cleanup,” which will start with cleanups this year. An estimated 100 million people will participate in public events, while millions more will unite with a goal of removing billions of pieces of trash from neighborhoods, beaches, and parks. The organization is also working with partners to plant 7.8 billion trees – one for every human who will live on the planet in 2020.

While there are many ways to celebrate Earth Day and to get involved, it is becoming more and more urgent that we embrace changes and find solutions to help protect the future of our world every single day of the year.

“Today, the fight for a clean environment continues with increasing urgency, as the ravages of climate change become more manifest every day,” said EDN. “We invite you to be a part of Earth Day and help write many more chapters – struggles and victories – into the Earth Day book.”

To learn more about joining the Earth Day Network’s mission and to sign up for email updates, visit EarthDay.org.