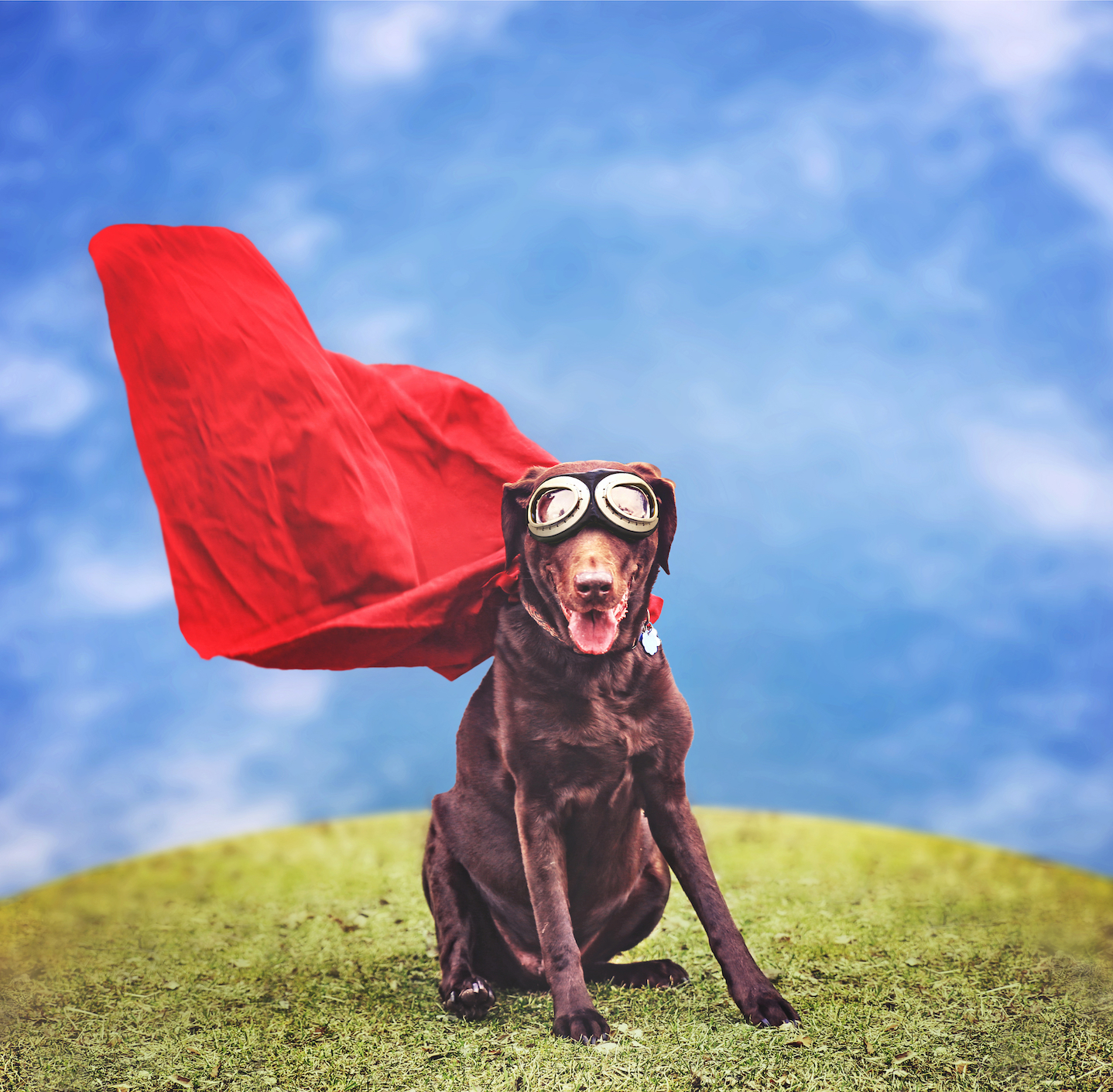 The Internet is full of stories about heroic dogs, cats, sea animals, goats and potbelly pigs, among other lifesaving species. We’ve come up with a few extra special real life stories where animal heroes went out of their way to protect or save people with little regard for their own safety.

One of many heroic pooches — When you think of pet heroes, your mind goes to dogs. Or it should. We can’t think of too many lifesaving ferrets, goats or parrots (but they’re out there). So here’s one of our favorite canine stories.

Eve and Norman Fertig were octogenarians who owned a wildlife sanctuary — and a huge German Shepherd – wolf mix named Shana. In 1999, they stepped outside their door without coats to feed their animals and got caught in a freak snowstorm. It downed trees in such a way that it trapped the couple, who huddled to stay warm, for hours, too exhausted to climb over or under the barrier. Shana came to the rescue, spending hours burrowing a snow tunnel to them, then two hours guiding them through the tunnel to freedom, with Eve Fertig on her back. Here’s the Reader’s Digest story about Shana and three other pooch heroes.

Oceans’ worth of life saving dolphins — Those of us of a certain age remember Flipper, the here bottlenose dolphin. If Lassie was the good-doer of terra firma, Flipper benevolently ruled the seas. You’ll find several good stories on Dolphins-World, here.

Tara, the dog-hating cat — The Los Angeles chapter of the American Society for the Prevention of Cruelty Animals grants an annual Hero Dog Award to a deserving pooch. But in 2015, they had to change the award to ‘Cat’ after Tara stepped into action.

When a neighborhood dog grabbed her family’s four-year-old off his bike and began to drag him away, the fur flew. There’s a YouTube video that captures the action on surveillance cams. Sure, it might have just been a good excuse to attack a neighborhood dog that really got Tara’s goat, but she did punch out a much bigger bully to save a pre-schooler. So, whatever her motivation, Tara is a doggone hero in our book.

A chatty warning from a parrot — We all know parrot’s can talk. But they’re really only, well, parroting sounds. They don’t really know what they’re saying. Except for that one time Willie got the job done. The bird’s 19-year-old owner, Meagan (known as “Mama” by Willie), was watching her roommate’s two-year-old daughter when she stepped out of the room briefly. “Mama, baby! Mama, baby!” the bird shrieked. Meagan rushed back to find the little girl choking on food. She successfully performed the Heimlich maneuver on the child and credited her pet parrot — who, curiously enough, had never before used the word “baby” — with sounding the lifesaving alarm.

Yes, another dog story — What would we do without man’s best friend? Killan was a black lab and German shepherd mix who loved everyone — except seven-month-old Finn’s babysitter. The dog’s snarling and growling when around the sitter caused Finn’s parents to leave a smartphone audio recorder behind the next time they left the child with the woman. They were shocked to hear the sitter cursing and apparently slapping their baby. The sitter was later convicted of child abuse and sentenced to three years in prison. And Killan hopefully got a dog bone as long as his tail.

Porcine pet squeals on fire — Sure, this is another pet-warns-family-of-smoke story, and yes, we’re reluctant to include such stories in this roundup since we believe the pet might be trying to save its own hide, not necessarily that of its family. But…this is about a pet pig, so cut us some slack.

Lucky woke up its human family at 4:40 am as its mobile home started filling with smoke. The homeowner and her two grandkids got out alive, thanks to the obnoxious but heroic grunts and squeals of this little piggie. We think it’s worth a squeal-out.

Last dog story — History has many tales (tails?) of lifesaving dogs, but Sgt. Stubby is our favorite. The pit bull mix found himself on the field of battle during World War I with the 102 Infantry, Yankee Division. He took his sniffer to the front by barking poison gas warnings in time for his comrades to don masks. On another occasion, Stubby alerted to the presence of a German spy, an action that earned him a promotion. Sgt. Stubby is the only dog to have attained the rank of sergeant in the U.S. Army for combat heroics. He’s sort of the Sgt. York of the canine population.