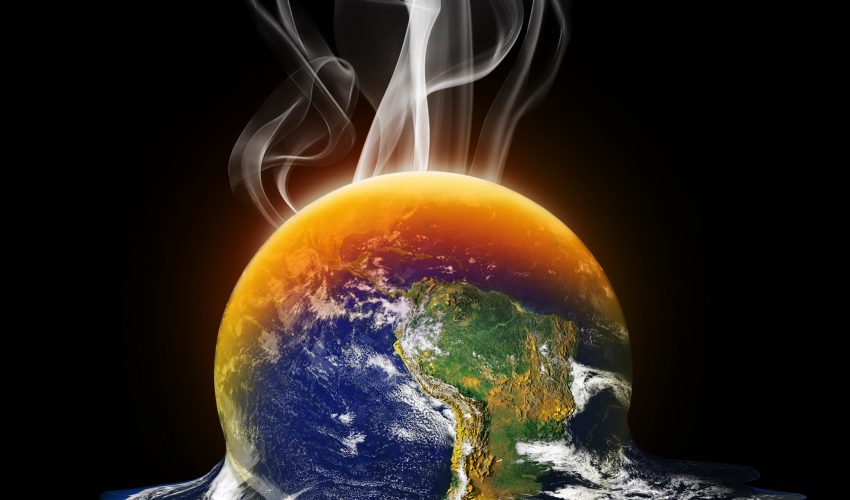 Earth already locked into at least two degrees of warming

In the unlikely event that all greenhouse gas emissions stopped immediately, Earth would continue to warm by two degrees Fahrenheit over the remainder of the century. That figure spikes up another degree if the current rate of emissions continues for 15 more years, according to a recent investigation.

Study co-author Robert Pincus is a scientist at the University of Colorado Boulder and NOAA‘s Physical Sciences Division.

“This ‘committed warming’ is critical to understand because it can tell us and policy makers how long we have, at current emission rates, before the planet will warm to certain thresholds,” said Pincus.

Climate commitment, the global warming that would still take place without any further human intervention, is typically calculated using climate models. This particular study is unique in that it was based on observations of actual occurrences in the climate system.

The analysis accounted for factors such as the changing capacity of the oceans to absorb carbon, Earth’s energy imbalance, and the impact of climate on the behavior of atmospheric particulate matter.

Pincus and lead author Thorsten Mauritsen from the Max Planck Institute for Meteorology concluded that even if all fossil fuel emissions stopped in 2017, warming from now until 2100 is very likely to reach about 2.3 Fahrenheit, or 1.3 degrees Celsius. This estimate, however, could be offset by the natural capacity of the ocean to capture and store carbon. According to the study, the planet’s oceans could curb warming by up to 0.4 degrees Fahrenheit.

The goal agreed upon by world leaders at the Paris Climate meeting was to limit global warming this century to 1.5 degrees Celsius beyond pre-industrial temperatures. The results of the study showed a 13 percent chance we are already committed to 1.5-Celsius warming by 2100.

“Our estimates are based on things that have already happened, things we can observe, and they point to the part of future warming that is already committed to by past emissions,” said Mauritsen. “Future carbon dioxide emissions will then add extra warming on top of that commitment.”