Earth’s composition is similar to many other planetary systems • Earth.com 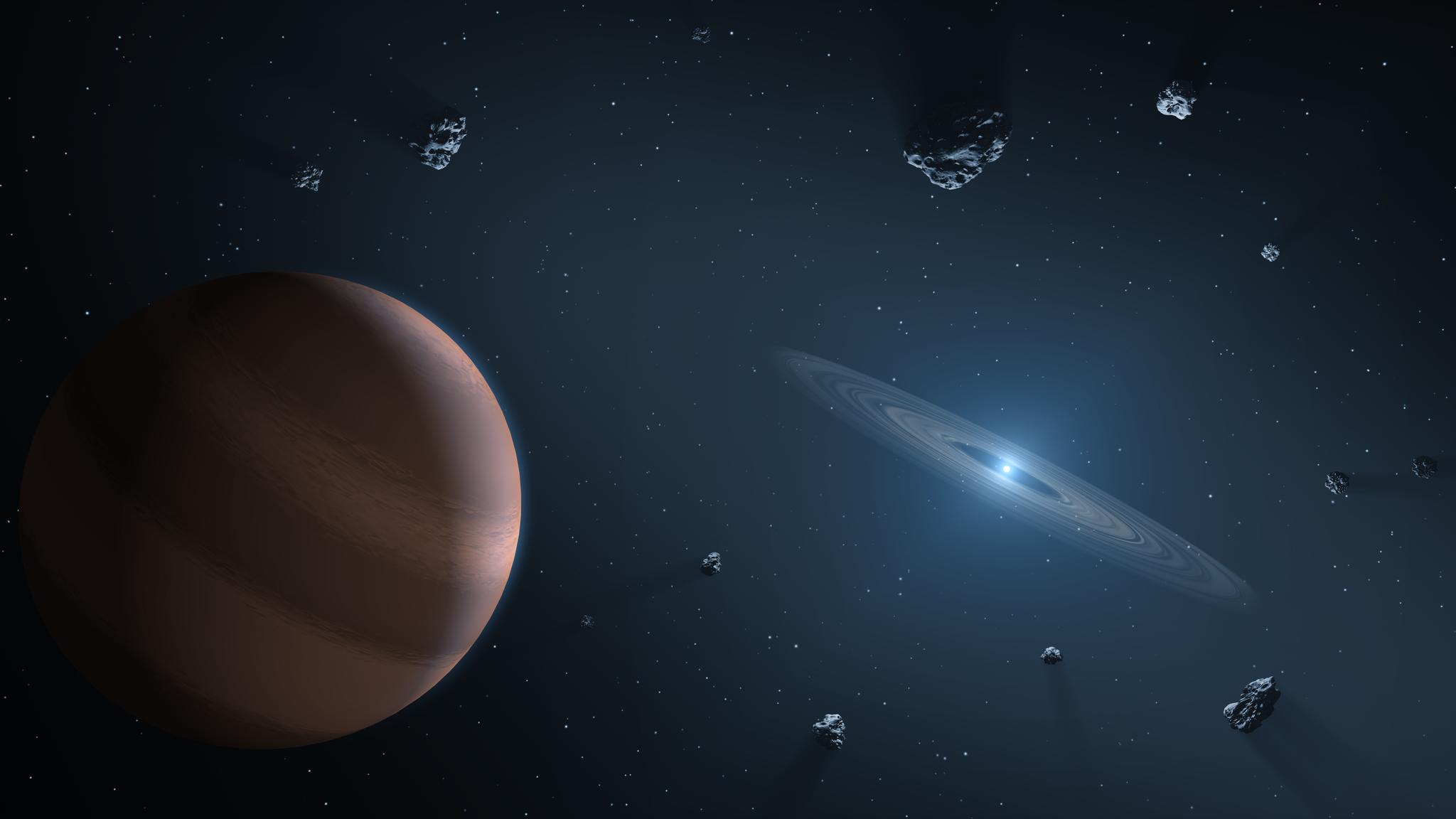 Earth’s composition is similar to many other planetary systems

In one of the largest studies of its kind, a team of researchers has measured the composition of 18 different planetary systems and compared them to the Earth. The scientists found that the makeup of our planet is “pretty normal” and contains many of the same materials as other space objects.

Dr. Siyi Xu of the Gemini Observatory in Hawaii is one of the study’s authors.

“Most of the building blocks we have looked at in other planetary systems have a composition broadly similar to that of the Earth,” said Dr. Xu.

Since the discovery of other planets orbiting stars, which happened very recently in 1992, scientists have been investigating how these stars and planets may be similar to our solar system.

“It is difficult to examine these remote bodies directly,” said Dr. Xu. “Because of the huge distances involved, their nearby star tends to drown out any electromagnetic signal, such as light or radio waves so we needed to look at other methods.”

The study was focused on how the composition of the planets influences signals from white dwarf stars.

“White dwarfs’ atmospheres are composed of either hydrogen or helium, which give out a pretty clear and clean spectroscopic signal,” said Dr. Xu. “However, as the star cools, it begins to pull in material from the planets, asteroids, comets and so on which had been orbiting it, with some forming a dust disk, a little like the rings of Saturn.”

“As this material approaches the star, it changes how we see the star. This change is measurable because it influences the star’s spectroscopic signal, and allows us to identify the type and even the quantity of material surrounding the white dwarf. These measurements can be extremely sensitive, allowing bodies as small as an asteroid to be detected.”

For their measurements, the team used the Keck telescope in Hawaii, which is the largest optical and infrared telescope in the world. The team also took measurements from the Hubble Space Telescope.

“In this study, we have focused on the sample of white dwarfs with dust disks,” said Dr. Xu. “We have been able to measure calcium, magnesium, and silicon content in most of these stars, and a few more elements in some stars. We may also have found water in one of the systems, but we have not yet quantified it: it’s likely that there will be a lot of water in some of these worlds.”

“For example, we’ve previously identified one star system, 170 light years away in the constellation Boötes, which was rich in carbon, nitrogen and water, giving a composition similar to that of Halley’s Comet. In general though, their composition looks very similar to bulk Earth.”

“This would mean that the chemical elements, the building blocks of earth are common in other planetary systems. From what we can see, in terms of the presence and proportion of these elements, we’re normal, pretty normal. And that means that we can probably expect to find Earth-like planets elsewhere in our Galaxy.”

Dr Xu explained that the research is still ongoing, and that the revolutionary work of the Gaia satellite, which has already characterized 1. 7 billion stars, is expected to help scientists to understand the white dwarfs much better.

The study was presented by Dr. Xu at the Goldschmidt Conference in Boston.