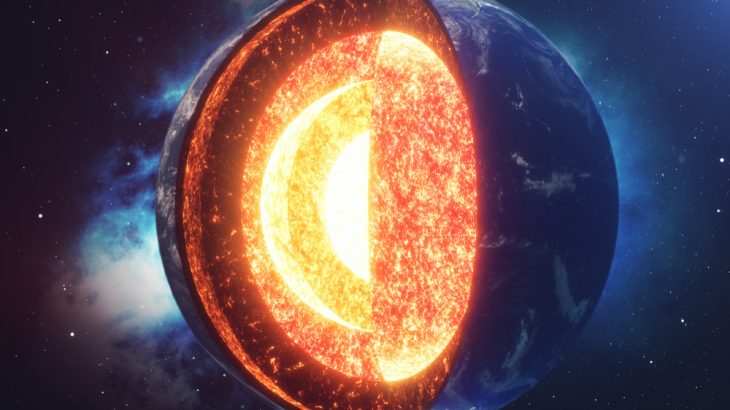 Scientists finally have solid evidence: the Earth’s core is solid, if a little squishy, a new study has discovered.

The theory that Earth’s core is solid dates back to 1936, proposed by seismologist Inge Lehmann as she reanalyzed data from the massive 1929 Murchison, New Zealand earthquake. But until recently, there was no way to prove it.

Then the team from Australia National University struck on the idea of using earthquakes again. They decided to study echoes of earthquakes using a technique that researchers have been using to measure Antarctic ice sheets for decades.

Dr. Hrvoje Tkalčić, scholar Than-Son Phạm and their colleagues looked at similarities recorded by pairs of receivers after major earthquakes. The team detected “J waves,” which can only pass through solid objects, deep in the Earth’s core.

“Using a global network of stations, we take every single receiver pair and every single large earthquake – that’s many combinations – and we measure the similarity between the seismograms,” Tkalčić told the magazine Newsweek. “That’s called cross-correlation, or the measure of similarity. From those similarities we construct a global correlogram – a sort of fingerprint of the Earth.”

What that fingerprint showed was that there is solid material in the Earth’s core. However, it’s also a lot softer than scientists expected.

“It turns out – if our results are correct – the inner core shares some similar elastic properties with gold and platinum,” Tkalčić said. “The inner core is like a time capsule; if we understand it we’ll understand how the planet was formed, and how it evolves.”

The study solves one of the mysteries about Earth’s core, Tkalčić and Pham said, but there is still research to be done before scientists come close to understanding the center of our planet.

The study has been published in the journal Science.