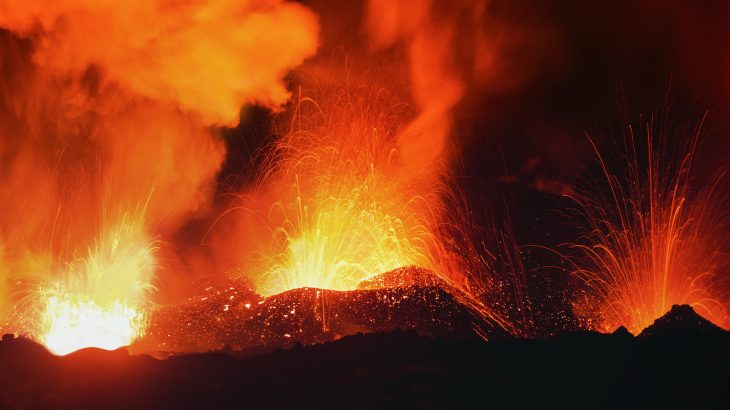 The greatest mass extinction to ever occur is known quite fittingly as the “Great Dying,” which happened over 250 million years ago and is estimated to have resulted in the extinction of more than 90% of sea creatures and most land-dwelling reptiles. Plants and insects also came close to being completely wiped out.

But what caused this massive extinction, and how long did it take for so many species to disappear? The answers to these questions may have just been found, and are reported in a recent study published in the Geological Society of America Bulletin.

An international team of researchers combined new high-resolution radiometric dating of seven closely spaced layers of volcanic material from South China with detailed biostratigraphy and geochemical analyses. Through this process, they were able to determine that the “Great Dying,” or end-Permian mass extinction, lasted roughly 31,000 years – an almost instantaneous period of time by geological standards.

In their study, led by Sen Shuzhong of the Nanjing Institute of Geology and Palaeontology (NIGPAS) of the Chinese Academy of Sciences, the team also found that the extinction event may have been caused by Siberian flood-basalt eruptions, combined with local intensive explosive volcanism that may have begun about 420,000 years prior to the mass extinction. Such events could have drastically reduced the stability of the Late Permian ecosystems, making it so that just a single extreme incident could result in a sudden ecosystem collapse.

The researchers used layers of volcanic material from the Penglaitan section in South China’s Guangxi Autonomous Region to perform a biostratigraphy and geochemical analyses. They were able to document at least 10 major marine fossil groups, and determine that 29 of the 66 Permian species they identified went extinct within or at the top of a single bed of volcanic ash-rich sandstone. No “survival interval” was found, which indicates that this highly diverse marine ecosystem suddenly disappeared during the time of deposition of this one bed of volcanic ash.

Data gathered in this study also showed that the environmental effects of volcanic gases such as carbon dioxide, methane, and sulfur dioxide could have been lethal. The combination of deadly greenhouse warming, oceans barren of dissolved oxygen, acid rain, and atmospheric pollution of heavy metals would have made it extremely difficult to survive.

In the past, the Permian extinction has been considered to be the result of rapid climate warming, likely produced by carbon dioxide and methane emissions from the enormous Siberian flood basalt eruptions. High-resolution paleotemperature measurements throughout the mass extinction time period suggest a significant warming of as much as 10 degrees Celsius immediately following the mass extinction event.

While our own projections of climate warming in our near future are not nearly as drastic, there is still an interesting – and quite worrying – amount of parallels between this mass extinction and our current climate troubles. While it is highly unlikely anything resembling the “Great Dying” will happen anytime soon, even by geological standards, these findings reflect how important it is to keep track of climate change and the environmental effects connected to it.