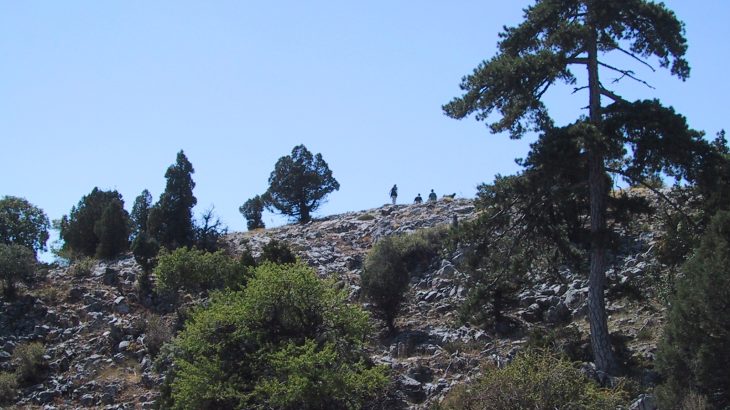 The Earth’s tropical belt was shifting long before industrial times

An international research team led by the University of Arizona has managed to trace the movement of the northernmost edge of the tropics back 800 years. Up until now, tropical belt data was only available from around 1930, when instrumental record-keeping began.

Shifts in the tropical boundary influence the position of deserts in the Northern Hemisphere just north of the tropical belt, including the Sonoran, Mojave, and the Sahara.

“Movement of the limit of the tropics is associated with changes in precipitation regimes,” explained study lead author Raquel Alfaro Sánchez.

The study also revealed that the tropics expanded to the north from 1568 to 1634. According to Alfaro Sánchez, this time frame coincides with severe droughts aa well as other major events including the collapse of the Ottoman empire in Turkey, the end of the Ming Dynasty in China, and the near abandonment of the Jamestown Colony in Virginia.

“Our results suggest that climate change was one of the contributing factors to those societal disruptions,” said study co-author Valerie Trouet.

The team managed to track the northern boundary of the tropical belt over eight centuries by analyzing tree rings in five different sites across the Northern Hemisphere. The growth of each tree ring reflects the corresponding climate that year, including annual precipitation.

Trouet explained that having an 800-year history also allowed the researchers to connect rare events such as huge volcanic eruptions with the climate changes that followed.

“This is the first reconstruction that went back to pre-industrial times,” said Trouet.”To know what the natural climate variability is, we need to go further back in time than the last 150 years.”

The researchers determined that the tropical belt expanded on its own long before industrial times. According to Trouet, internal variability in the Earth’s climate system affects the movement of the tropics.