Earth’s water is older than the Sun • Earth.com 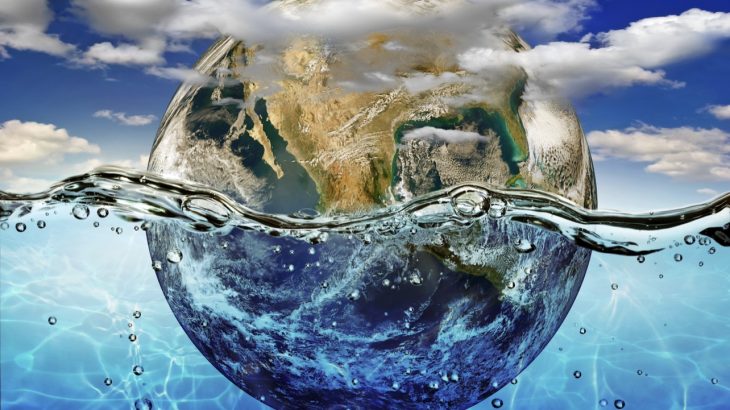 Earth’s water is older than the Sun

Around 70 percent of the Earth’s surface is comprised of water, and our big, blue, planet is filled with rivers, streams, and oceans that defy everything scientists have come to learn about the formation of Earth.

Unraveling the mystery of Earth’s water is no easy task as there are so many unknown variables in the formation of the planet.

Most scientists agree that Earth got its water from comets and asteroids carrying an array of compounds, organic matter, and precious metals. As these comets bombarded the Earth, they brought with them the building blocks for our world’s water cycle.

The question is, when did water first make it to Earth? Was it during Earth’s early formation, when a ring of gas and space debris circling the sun melded together to form the solar system? Or was it after the collision that later formed Earth’s moon?

Natalie Starkey, a researcher from Open University in Milton Keynes, has found evidence to suggest that Earth’s water is older than even the sun and dates back far earlier than what was previously theorized.

Starkey and colleagues are working to solve one of Earth’s oldest mysteries by studying ancient rock samples from the boundary between the Earth’s core and mantle.

In an article for New Scientist, Starkey describes the pockets of gas contained within the rocks as “time capsules” that shed light on what the atmosphere was like billions of years ago.

The researchers used a precision mass spectrometer to separate and measure the oxygen isotopes in the rock samples and moon rock samples in the hopes of gaining a better understanding of when water first came to Earth.

By comparing moon rock samples and samples from Earth’s mantle, the team was able to confirm that the Earth and Moon are made up of the same components.

This means that the theory that a collision caused the Earth to break apart and some pieces formed the moon is most likely accurate.

The researchers also discovered that at least 70 percent of Earth’s water was present before that collision and before the moon formed. This revelation simply created more questions than answers.

The chaotic maelstrom of the Hadean Eon, when the Earth was a hot glowing mass of molten material, would have made it impossible for water trapped within comets and asteroids to survive the hot temperatures.

Logic dictates that any isotopes carried within comets should have been broken up into constituent atoms when it reached the solar system because of the extreme radiation of the sun.

Yet, Starkey says that survive they did, and it’s the only explanation that fits. It’s been theorized that there was a small window of time when the sun was cooling off and before the planets formed that interstellar ice could have slipped into the mix.

“That brings us to the surprising conclusion that our planet’s water isn’t just older than the moon,” Starkey writes. “It must have come from interstellar space, which means it is older than the sun itself. It is hard to fathom how it survived entry into the solar system. But once you have eliminated the impossible, it forces you to this conclusion.”