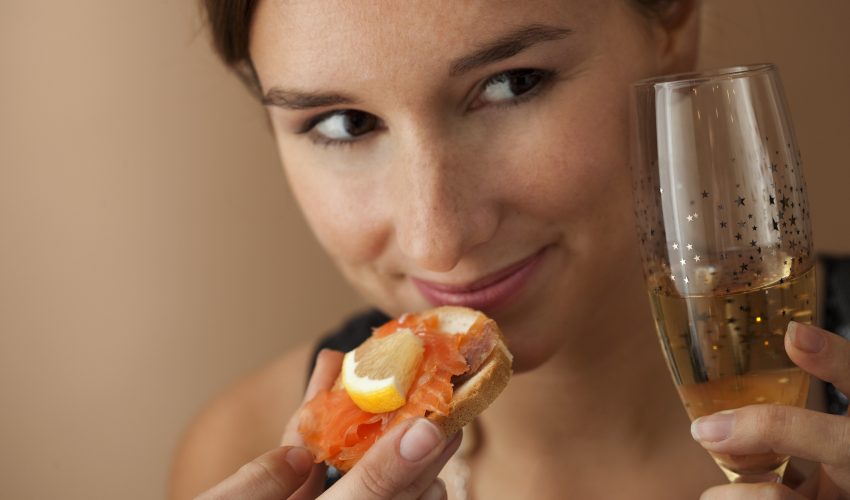 Eating plenty of salmon, mackerel, and sardines prevents Alzheimer’s disease by boosting blood flow to the brain, according to a new study.

Using brain scans, researchers found that omega-3 fatty acids in oily fish can actually increase blood flow to the parts of the brain that control memory and learning. These are also the very same regions that are attacked by Alzheimer’s.

People who eat a lot of oily fish are also better at acquiring and understanding new information, the study said. But a diet high in fish can also improve one’s overall mental and emotional health.

“This is very important research because it shows a correlation between lower omega-3 fatty acid levels and reduced brain blood flow to regions important for learning, memory, depression and dementia,’ said lead author of the study, Daniel Amen, of Amen Clinics in Costa Mesa, California,

Scientists took brain scans from 166 people from a psychiatric referral clinic. The participants were then divided into to two groups depending on their omega-3 consumption.

Study participants were scanned on 128 regions of their brains while they performed various computer tasks that measured their mental skills.

The results, published in the Journal of Alzheimer’s Disease, found people with high omega-3 levels have more blood flowing into the brain regions associated with memory and learning,

They are also better at acquiring and understanding knowledge, the researchers found.

The findings further demonstrated overall mental and emotional health is stronger in those with high omega-3 levels.

“Although we have considerable evidence omega-3 levels are associated with better cardiovascular health, the role of the ‘fish oil’ fatty acids in mental health and brain physiology is just beginning to be explored,” said co-author Professor William Harris, of South Dakota University.