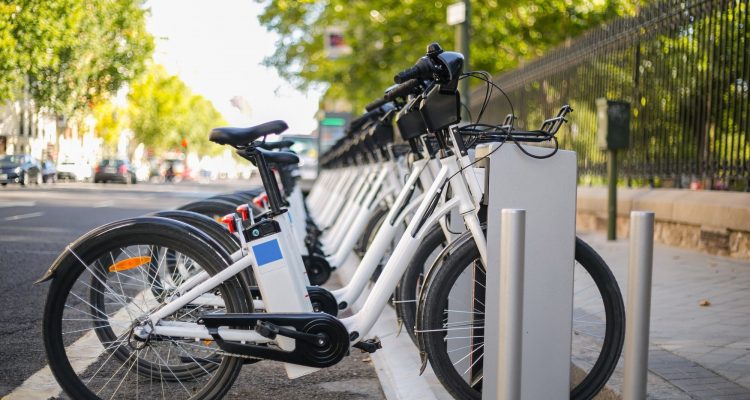 Commuters in large cities may soon have a new, eco-friendly transportation option: an electric moped with a fun name: the Motochimp. The bike is only a few feet long but can travel up to 20 miles per hour. The Motochimp is also emission-free and charges in any standard household outlet.

In recent years, traffic congestion in New York, Los Angeles, Washington D.C., and San Francisco continues to get worse and worse. Los Angeles, in particular, has invested in mass transit to ease traffic and air pollution, but many Angelenos don’t seem ready to give up their personal space and commuting autonomy.

The Motochimp electric bike has a range of 40 miles per charge, making it ideal for daily urban commutes where traffic can be so bad that it takes hours to travel mere miles. The Motochimp, designed by Vanda Electrics of Singapore, will launch first in Asia, being officially introduced this week at the Shenzhen International Industrial Design Fair in China. Vanda expects to launch the bike subsequently in Europe and the United States. The Motochimp retails for $1,600.

According to Larissa Tan, CEO of Vanda Electrics, “Motochimp is also all about accessibility . . . . With a range of up to 60 km from a 60-minute charge, and all from a standard plug socket, it won’t cost the earth to buy or run.”

The eco-friendly electric bike is powered by a lithium-ion battery and a power plug is stored right under the driver’s seat. The Motochimp comes in fashionable, basic red, blue, and yellow and sports a small kickstand.