The effects of overseas tourism and volunteerism are not so clear • Earth.com 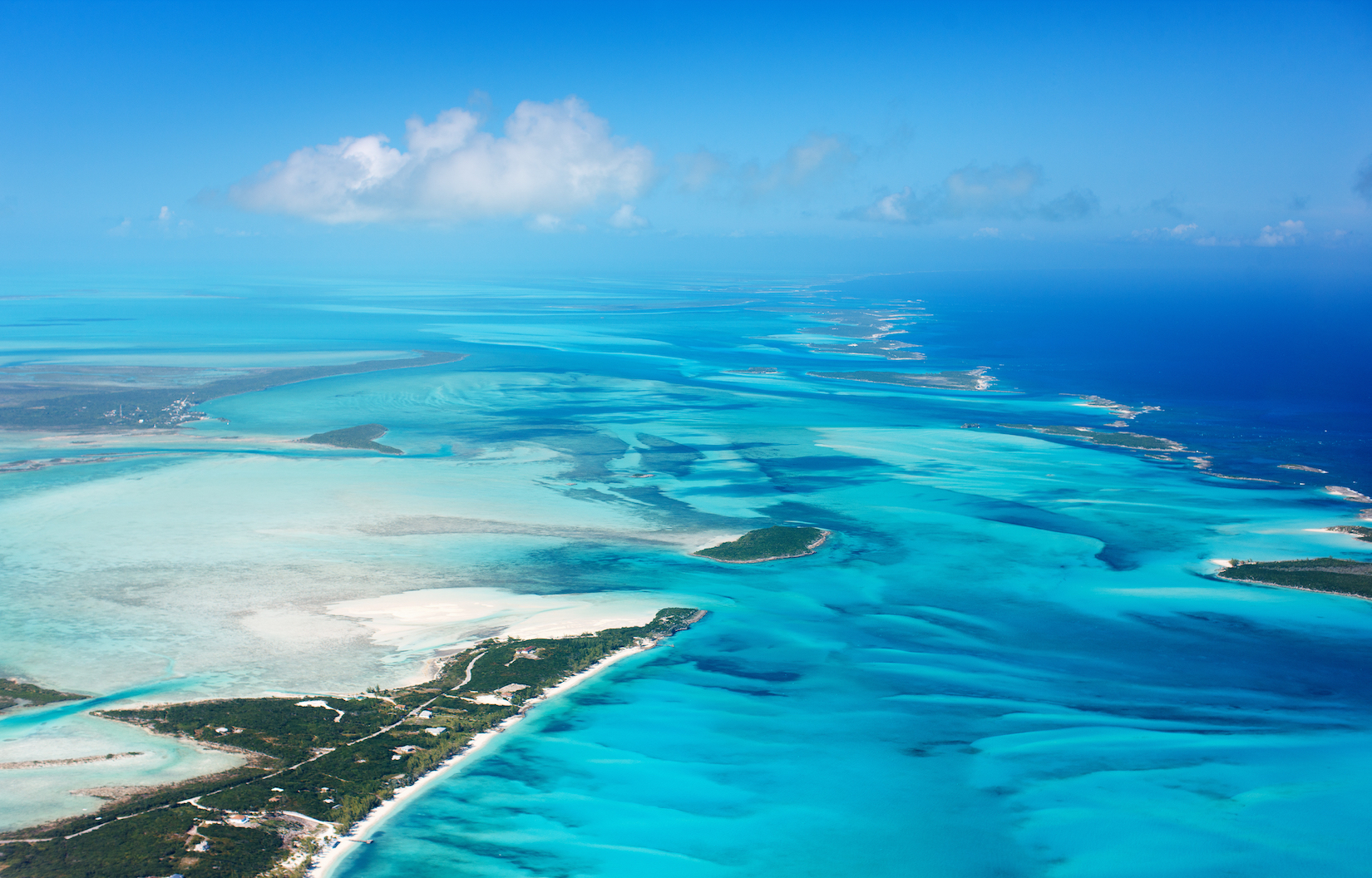 The effects of overseas tourism and volunteerism are not so clear

Tourists are generally considered to be either oblivious or indifferent to their impact on the natural environment, so it’s natural to be a bit skeptical of new rise of ‘ecotourism’ and ‘volunteerism’ as forces for good.  Many of the people I’ve met make a distinction between being a traveler and a tourist, but if I’m honest with myself, the distinction often becomes a bit fuzzy. Largely those who call themselves travelers and disdain the title of ‘tourist’ are speaking from a lofty, even classist vantage.  Those with little funds for long term travel or little wherewithal to travel independent of organized tours, hotels with security or areas catering to those speaking English are shunted into the category of ‘tourist’.

The whole idea of tourism seems to be changing though.  The United Nations (UN) declared 2017 as the ‘International Year of Sustainable Tourism for Development’, recognizing:

“the important role of sustainable tourism as a positive instrument towards the eradication of poverty, the protection of the environment, the improvement of quality of life and the economic empowerment of women and youth and its contribution to… sustainable development, especially in developing countries.”

The UN designated 2002 as the Year of Ecotourism.  According to the UN World Tourism Organization, in 2030, 57% of arriving tourists will be in emerging economies.  Tourism is growing too, in 2016 international tourist arrivals reached 1.2 billion, a 3.9% growth from the year before.  Some regions are increasingly reliant on tourist dollars for their economies and consumer demand has the power to make change for good or for ill.

I’ve travelled to the Bahamas to help with parrot research and conservation.  I stayed in a beach house lent by a friend to the project with three other volunteer research assistants.  Days were spent hiking in the forest listening carefully for parrots, following the birds and marking nests on a GPS.  The parrots loud squawking, the damp heat of the forest, the quick glimpse of a buzzing Bahama Woodstar (hummingbird) passing are some of my better memories from the Bahamas.  Learning to use Technu soap to wash poison wood sap off, early hours and the loss of hot water in the house were just par for the course. While I was in the Bahamas, the game warden was generous enough to invite us to his house for delicious meals, take us through the forest to visit a lighthouse and generally share his country with us.

There was a moment in the Bahamas when everything seemed to change.  I drove the project truck into the field as I’d been doing for some time.  People were walking through the forest, along the dirt road. Many of the people I saw didn’t have shoes.  Some had small backpacks with some supplies, most had nothing but the clothes on their backs. Children walked hand in hand with exhausted looking parents.  There was a worn look of poverty over the people we saw in the forest, people with no money and no recourse was my impression.

I didn’t talk to any of the people I saw in the forest that day.  I didn’t understand who the people were or why they were there at first.  One of the other volunteers encountered a man in the forest who asked her for water, which she gave him, he said, “God bless the USA”.

The people in the forest were Haitians who’d spent probably most of all the money they had to be smuggled to the US; which is where they thought they were.  Dropped off in the Bahamas, the people I saw were in a desperate situation, fleeing poverty for opportunities Americans take for granted, they risked everything.  This wasn’t long after the earthquake had hit Haiti in 2010, killing an estimated 220,000 to 300,000 people and injuring 300,000. 1.5 million people were initially misplaced by the earthquake.

The Haitian refugees were rounded up by the government of the Bahamas, including the game manager and his dogs helped catch those desperate people in the forest.  As a volunteer I was helpless, we all were, the woman who selected us was complicit in the refugees being captured and even complained about illegal immigrants. I couldn’t help but question what I was doing there.  I felt for the plight of the parrots that were captured in the pet trade and those killed by non-native feral cats. I also felt more deeply the desperation and pain of the refugees in the forest that day; I wanted to help them.

Since that time in the Bahamas I’ve volunteered with sea turtles in Equatorial Guinea and reforestation in Madagascar, I co-managed a nature reserve in Ecuador.  I’ve often had a mix of feelings about my own place volunteering in another country. I’ve had locals offer to carry me across streams they crossed daily so I wouldn’t get a parasite that they commonly suffered.  I’ve given food to people staring hungrily through the window of a restaurant I was eating at. Largely I’ve felt incredibly helpless to make a change for good for either wildlife or people no matter how hard I tried.  Madagascar has its share of Peace Corps members, Catholic aid groups and UN workers but its problems are incredibly complex. Equatorial Guinea is at a crossroads as cities boom with newfound wealth and modernization from oil and villages without roads have no electricity or running water.

Many problems volunteers try to combat are partially caused by their home countries governments or consumption.  One Canadian volunteer in Madagascar I talked to complained about a friend who was going to work for an oil company in environmental compliance.  To the Canadian, his friend was selling out as an environmentalist; I reminded him that he was using a lot of oil to get to Madagascar from Canada.  I was no different. I wonder at the motivation of many international volunteers, myself included. Sure, I wanted to help but I also wanted to see an exotic place, learn, grow in a rather selfish way and perhaps even further my own career.

A look at the GoOverseas.com makes me wonder even more at the motives behind the growing number of overseas volunteers.  The website ranks the top 15 countries searched on their website for volunteers in 2012. Haiti, the same country that was devastated by an earthquake, whose refugees I saw in the Bahamas, rated at #14.  Ireland and Australia, significantly wealthier countries rated higher at #12 and #9 respectively. I wonder if someone volunteering in a country like Australia or Ireland thinks they’re really helping solve deeply entrenched problems.  The website noted that interest of volunteers waned in countries like Haiti overtime but it’s hard to imagine Haiti couldn’t use the help more than Australia a mere 2 years after a major earthquake. In 2014, 145,000 Haitians remained misplaced, living in temporary camps.

The project I volunteered at in Equatorial Guinea also monitored monkeys in the area and had years of data showing monkey populations diving as proof.  Collecting data isn’t always enough to help protect a species. We can’t always make real change sticking to the safe work organizations will allow international volunteers to do.

I still travel.  I still encourage others to travel.  I still even maintain a positive attitude about travel.  Travel and volunteering are more complex than whether you can ‘change the world’ or ‘make a difference’ yourself.  I believe in education and I know of no better education than being in another culture, another place, another environment than the one you know best.  The world is complex and its problems are equally complex. We must learn from others, not just export our ways to the world if we want to solve any problems.  I feel like a better informed citizen of my own country, more valuable in my home because of my experiences abroad. I would be blissfully unaware of my own culpability in war, in economic inequality, in environmental destruction if I’d stayed at home.  Bananas I buy may contribute to birth defects in Latin America because of pesticides. I can read an article about the pesticides but it isn’t the same as seeing pain first hand.

It’s important to know the people and even the plants and animals robbed for your own benefit.  The only way we’ll ever change the world is by letting it change us.