Eggs may be secret to high IQ in babies • Earth.com 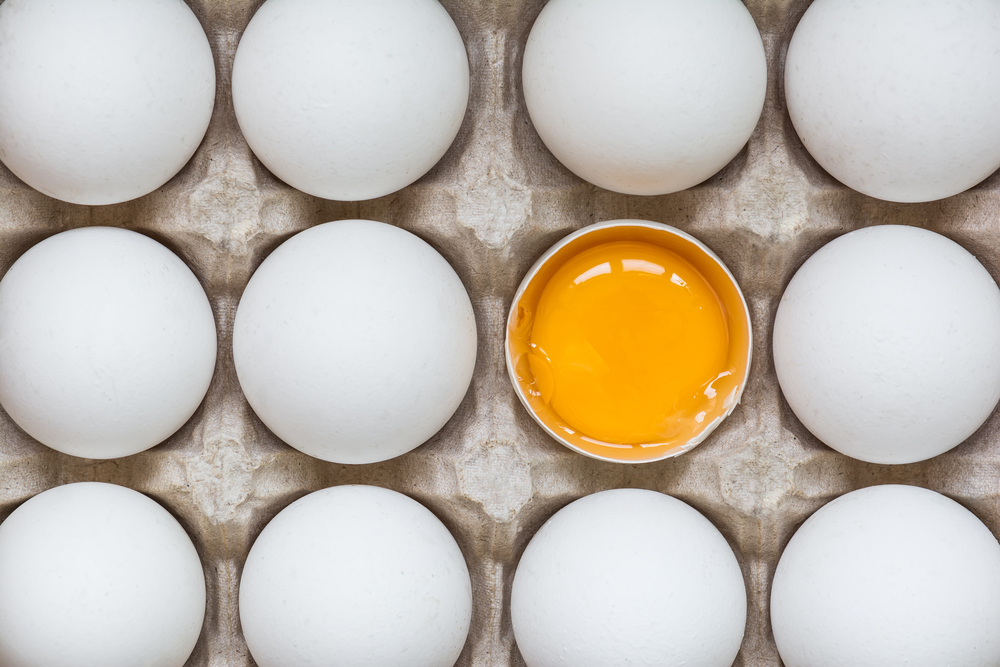 Eggs may be secret to high IQ in babies

Want to ensure your bundle of joy is a bundle of smarts, too? Eggs may be the key to ensuring a high IQ in infants – but pregnant women would need to eat up to nine per day for the best results.

Fortunately, there are alternatives.

The new study led by scientists at Cornell University found that the nutrient choline can boost infant cognition. Doctors advise getting at least 480 mg of choline daily, but the study found that nearly double that amount can aid in fetal brain development and lead to a high IQ.

“In animal models using rodents, there’s widespread agreement that supplementing the maternal diet with additional amounts of this single nutrient has lifelong benefits on offspring cognitive function,” first author Dr. Marie Caudill said in a press release. “Our study provides some evidence that a similar result is found in humans.”

Choline can be found in red meat, poultry, fish, nuts and legumes, but eggs contain a large amount of the nutrient. On average, egg yolks have about 115 mg of choline each.

Most women don’t eat even the recommended amount of choline each day, the researchers found.

“Part of that is due to current dietary trends and practices,” senior author Richard Canfield said. “There are a lot of choline-rich foods that have a bad reputation these days.”

The cholesterol content of eggs might keep some women from eating them; others may worried about harming their babies by eating undercooked eggs. Red meat is high in saturated fat, the researchers pointed out, and liver – another food high in choline – isn’t a popular food.

But in their study of 26 women, with half getting the recommended amount of choline and the other half getting twice that amount, they discovered a link between adequate choline during pregnancy and high IQ. At 4, 7, 10, and 13 months of age, the researchers tested the babies for visuospatial memory, which correlates with high IQ in infants.

The researchers ensured that the women all got the recommended amounts of other vitamins and nutrients so that the effects of choline could be studied.

“A prudent approach would be to increase dietary choline intake by consuming more animal source foods during pregnancy – egg yolks, lean red meats, fish and poultry,” Caudill said. “For women who restrict animal-sourced foods, consuming a choline supplement that provides choline at a level comparable to 450 mg/day may be needed.”

The study was published in the Journal of the Federation of American Societies for Experimental Biology. Funding was provided by the U.S. Department of Agriculture, the Egg Nutrition Center, the Beef Checkoff, the Bronfenbrenner Life Course Center,  the Institute for the Social Sciences, and the National Institute of Food and Agriculture.