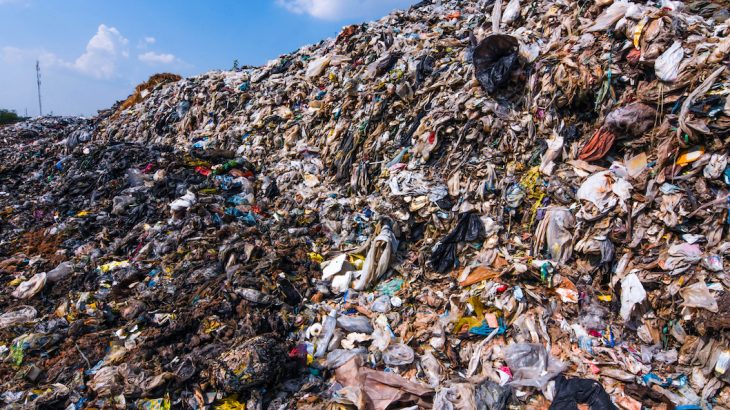 North Carolina residents were greeted with a somber surprise when an underweight black bear was spotted wandering around with a plastic container stuck on its head.

Officials were first notified about the bear on August 24 and have been searching for the animal ever since. According to local news outlet 13 WSET, Henderson County residents began seeing the bear as early as August 4. The plastic container obstructs the bear’s mouth likely preventing the animal from eating and causing its emaciated state. Wildlife officials believe the bear is able to fill the plastic container with water, preventing the bear from dehydrating. 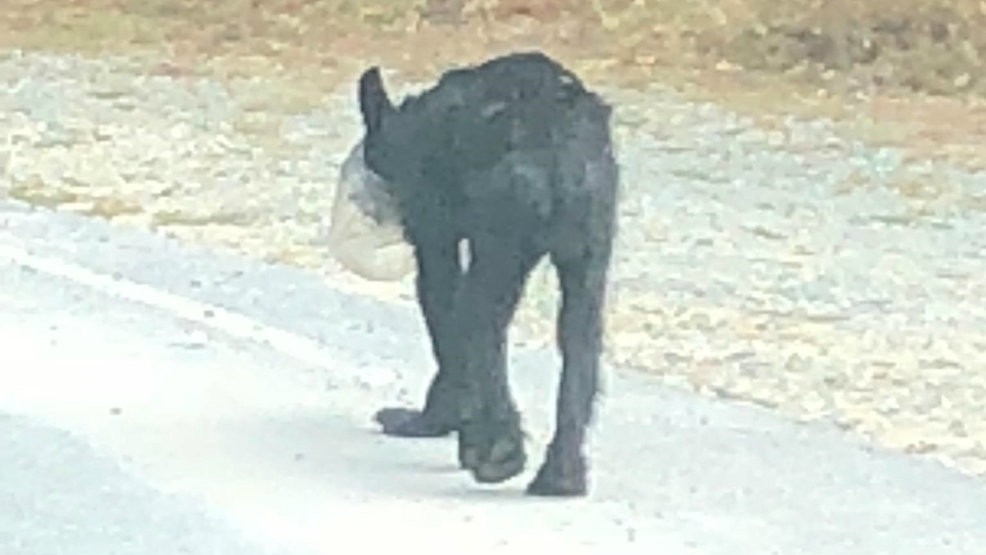 Despite the bear’s distressing state, it is on the run, making it difficult for wildlife officials to find the bear. Local residents have been doing their part to track down the bear by posting photo updates on social media when they spot the bear.

Sadly, this bear is hardly the first animal to get entangled in our trash. In the same week North Carolina residents were scrambling to help the brown bear, it was reported that a cat was found in Pennsylvania with its head stuck in a bag. The cat received its happy ending when it was rescued by a local Good Samaritan and put up for adoption at a local rescue.

Situations like this often become more critical when the victim stuck in trash is a wild animal and not a domesticated pet. As illustrated in the case of the brown bear in North Carolina, wildlife officials have to first track down the wild animal before they can execute a rescue plan that ensures both the animal’s and rescuer’s welfare.

As people become more addicted to single-use plastics and continue to be flippant about their trash, the problem will only get worse. The U.S. Environmental Protection Agency estimates that Americans generated 254 million tons of trash in 2013, of which only 34.3% was recycled. Recycling is one of the surest ways to ensure trash does not end up in vital ecosystems. Even if people are not directly littering outside, trash can become dislodged during the trash removal process, especially lightweight plastic items such as bags and straws.

It may seem inconsequential to drop one of these items on the sidewalk instead of searching for a garbage can, but it can quickly become deadly for the wild animals we share this planet with.

In addition to recycling trash, people can thoroughly wash out food containers before discarding them. If the food in the container was appetizing enough for people to eat, then wild animals are likely to be attracted to it as well. Washing the container out reduces the chances of an animal smelling the scent of the food and sticking their head in to investigate.

As for North Carolina residents who want to help save the bear, they are urged to call the Wildlife Enforcement Dispatch at 800-662-7137 with any information.