Empathy may soon be an important factor in medical school admissions • Earth.com 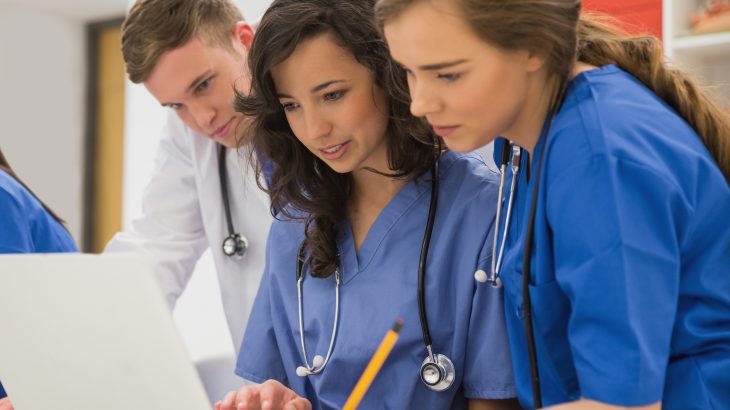 Empathy may soon be an important factor in medical school admissions

The results of a new study suggest that high empathy scores will become a prerequisite for getting into medical school.

The researchers measured the empathy levels of more than 16,000 medical students to establish a set of national standards, which will serve as a benchmark for determining which applicants are the most well-suited for the medical profession.

According to the experts, these national norms will make it easier to distinguish between two applicants with similar academic qualifications. The standards will also help in identifying students who may need additional training to boost their level of empathy.

“Testing for empathy should not replace the traditional admissions process,” said Dr. Hojat. “However, it can add great value in helping medical schools select individuals who rank high on empathic orientation toward patient care as well as academic capabilities.”

Previous research has shown that physicians who are more empathetic demonstrate a higher level of competence and have better patient outcomes compared to less empathetic doctors.

“When patients feel like their doctor cares about and understands them, they are more likely to trust,” explained Dr. Hojat. “Patients who trust their doctors are more likely to reveal more about their lifestyle and other factors relevant to their illness, allowing for more accurate diagnoses and appropriate treatments.”

Patients also become more compliant when they trust their doctors, meaning they are more likely to follow instructions such as taking their medication and eliminating bad habits.

The nationwide study by Dr. Hojat and his team has developed national norms in empathy for the first time. This will enable researchers to examine a number of issues, such as differences in empathy among students in different years of medical school.

“Some studies with allopathic medical students showed that once they move from the first two years in medical school and into the clinical years, when they actually work with patients, their empathy begins to decline,” said Dr. Hojat. “It’s interesting to see if that pattern of decline can also be observed in osteopathic medical students and to explore the reasons for such changes, and study approaches to enhance and retain empathy in physicians-in-training.”

The study is published in The Journal of the American Osteopathic Association.