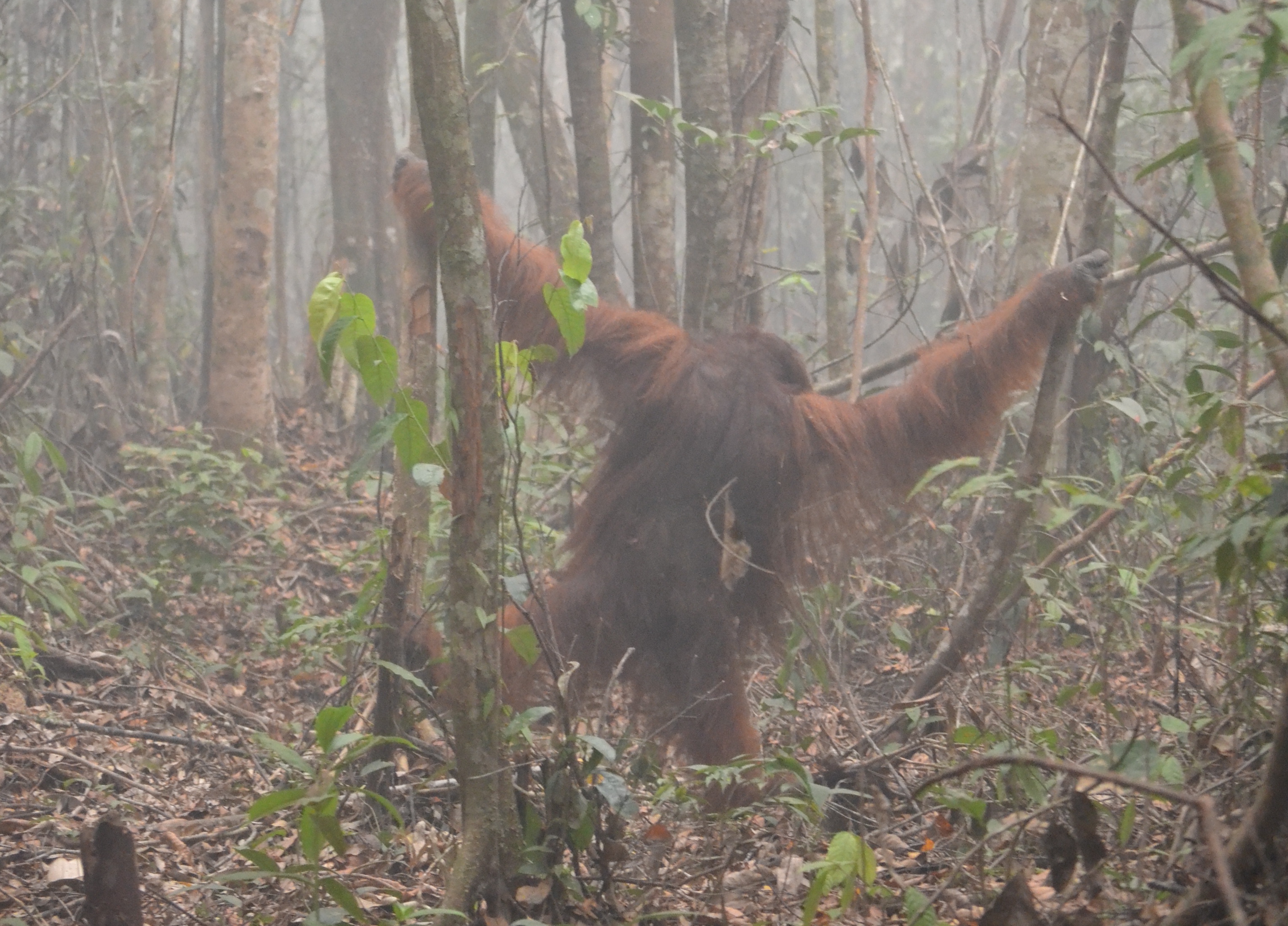 Smoke from wildfires can have a major impact on air quality, and exposure to particles and fumes from wildfire smoke can cause respiratory problems, chest pain, headaches, create symptoms that mimic a sinus infection and trigger asthma attacks.

During fire seasons, it’s recommended to stay on top of air quality alerts and limit exposure to avoid getting sick.

For wild animals like orangutans, an already critically endangered species, avoiding wildfire smoke during fire season is nearly impossible, and a new study found that smoke is just as harmful to orangutans as it is to humans.

The study was conducted by researchers from the Department of Anthropology at Rutgers University-New Brunswick and the Tuanan Orangutan Research Station in Borneo and published in the journal Scientific Reports.

While habitat loss from logging operations and human activities has played a big role in their demise, the sheer number of orangutans who died indicates that habitat loss alone is not the sole driver of population loss.

The researchers were studying male orangutans in Indonesian Borneo before and after the 2015 annual fire season.

Wendy Erb, the lead author of the study, noticed a few weeks into the season that the male orangutans’ “long call” vocalization, meant to attract females and warn males, sounded different.

“I thought they sounded raggedy, a little like humans who smoke a lot,” said Erb.

This led Erb to hypothesize that the wildfire smoke was damaging to the health of the orangutans and the researchers then tested to see how smoke inhalation affected the orangutan’s health.

The researchers observed four “flanged” males with large cheek pads and urine was collected every day. During this time the researchers notices the orangutans traveled less, rested more and ate more calories but the analysis of their urine showed they were burning fat.

Wildfire smoke was the only explanation for the change in the orangutan’s behavior and urine because that was the only new element in the in the great apes’ environment.

Previous research has emphasized the health risks of smoke exposure to humans, and two 2015 studies found that haze from wildfire smoke was responsible for anywhere between 12,000 and 100,000 premature human deaths.

This study, however, is one of the few to show the negative health impacts of smoke on wildlife respiratory systems.

Fires in Indonesia have increased dramatically in recent decades the researchers say that more needs to be done to understand how smoke from Indonesia peatland fires affect the ecosystem.

The researchers next plan to study female and juvenile orangutans to see if there are similar behavioral and biological changes due to the wildfire smoke.