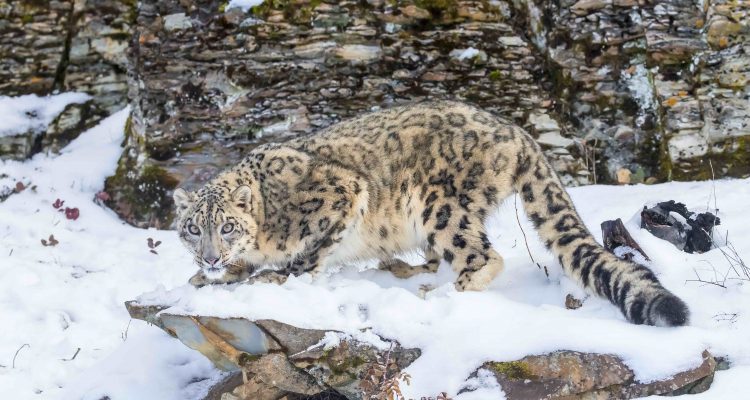 According to a new report, there only 4000 snow leopards living today due to poachers killing them daily in the high mountain ranges of Asia.

Many of these incidents are said to be revenge killings in response for wildstock losses.

The report also states that the illegal leopard skin trade has moved online to outwit authorities.

Snow leopards thrive in high altitudes. Their propensity to hunt domestic sheep and cattle puts them in hot water with farmers. This new study approximates that over 3000 snow leopards have been poached since 2008 – the authors believe the cause is the conflict between humans and the animals.

“We think that what most observations, seizure records and expert opinion shows is that the majority is still happening because of retaliatory killing,” said James Compton from TRAFFIC, the wildlife trade monitoring network.

The writers of the report suggest that creating better livestock protection in the nomadic, remote communities is a major remedy for this issue. The majority of the poaching has occurred in China, Mongolia, Pakistan, India and Tajikistan. The research suggests that a minority of the snow leopards – only 21% – were poached for the illegal fur trade.

“Even if there is reduced demand for snow leopard skins, the killing will continue unless we all work together to drastically reduce human-wildlife conflict,” said Rishi Sharma of the World Wildlife Fund, co-author of the report.