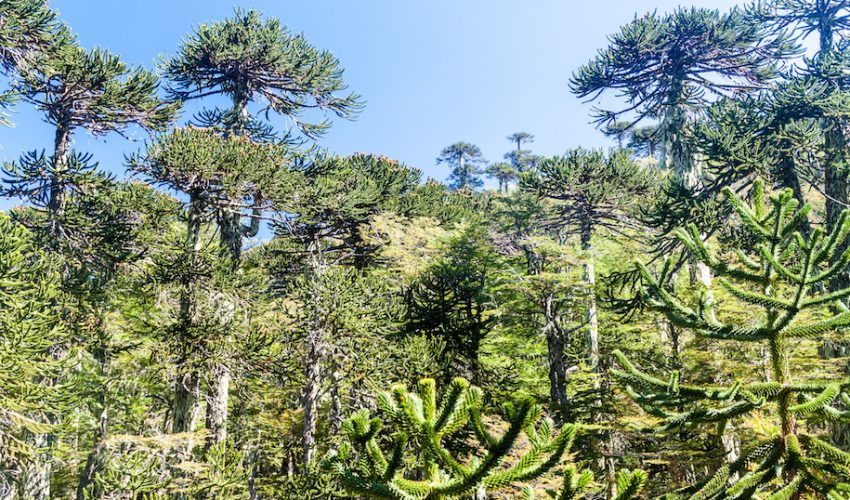 A new study has revealed that now-endangered forests in Chile, Brazil, and Argentina were first planted by ancient communities and did not develop through changes in early climate as previously believed.

These forests are critically endangered and logging operations have reduced the landscape to such a degree that it is now one of the world’s most at-risk environments.

The Araucaria tree was of vital importance to the ancient Southern Jê communities. The nuts of the tree provided food and attracted game for hunting.

The trees also supplied timber and fuel and today communities in the region still call themselves “people of the Araucaria”.

A new study led by archaeologists from the University of Exeter shows that the region owes its lush forest cover to ancient communities planting the trees thousands of years ago.

The results were published in the journal Scientific Reports.

The tree itself dates back to the Mesozoic era when dinosaurs roamed the Earth, but the rapid expansion of monkey puzzle forests in South America occurred between 1,410 and 900 years ago.

“Our research shows these landscapes were man-made,” said Mark Robinson, who led excavations in the area. “Communities settled on grassland, and then – perhaps because they modified the soil, protected seedlings or even planted trees – established these forests in places where geographically they shouldn’t have flourished.”

The archaeological analysis of the region and trees began because researchers noticed that forests of monkey puzzle trees were limited to south facing slopes in areas without much human interaction. However, when humans were present, the trees covered expansive areas.

Soil isotopes indicating both ancient vegetation and archaeological evidence in Campo Belo do Sul, Santa Catarina State, Brazil were analyzed to see if the forest cover was connected to human activity.

The soil analyses showed that the forests initially expanded due to warmer weather 4,000 to 3,000 years ago, but spread much further into highland areas 1,400 to 900 years ago. A large increase in population coincides with the rapid spread of the trees, further confirming that the trees were cared for by people.

Today, 5 of the 19 species of Araucaria tree are critically endangered and the trees are much shorter than they used to be.

The results of the study will hopefully guide conservation and management practices in South America to prevent logging from further reducing forest cover.

“This study shows the Araucaria forests were expanded beyond their natural boundaries, they were used sustainably for hundreds of years, and conservation strategies must reflect this so they balance protection, heritage and economic development,” said José Iriarte, a member of the research team.