Wind turbines could be the cause of dwindling bird populations • Earth.com 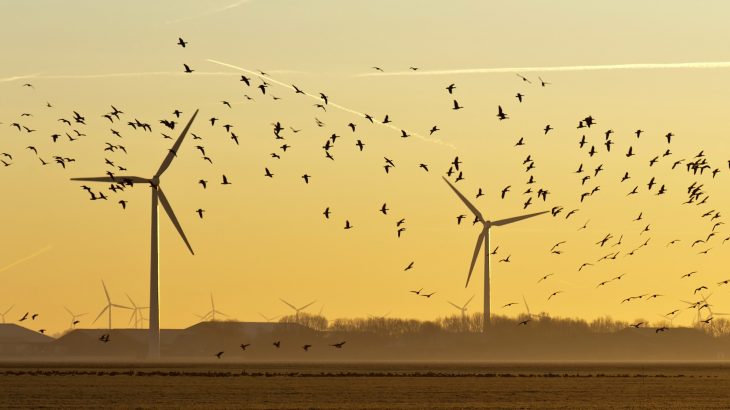 Wind turbines could be the cause of dwindling bird populations

As wind turbines increase in popularity as a form of sustainable energy production, certain bird species may be at risk of depletion. According to a recent report by the DailyMail, a new study from Ireland’s University College Cork (UCC), published in the journal Conservation Biology, shows that the clearing of land for the construction of wind turbines has led to a 10% decline in bird populations within that area.

UCC researchers warn that if wind energy ends up providing a fifth of the world’s energy by the middle of the century, as experts predict it will, biodiversity within the area of wind farms could suffer greatly.

“Most people are familiar with the problem of bird collisions with wind turbine blades,” UCC’s  head researcher Dr. Darío Fernández-Bellon told the DailyMail. “But this study highlights how indirect effects, such as the alteration of habitats, can also be important. Our study shows that wind farms have different effects on different bird species depending on the habitats they use and how these habitats are affected by wind farm development.”

“Total bird densities were lower at wind farms than at control sites, and the greatest differences occurred close to turbines,” Dr. Fernández-Bellon added.

The most-affected birds were forest species such as chaffinches, great tits and gold-crests, which had lessened populations within 330 feet of turbines than at greater distances, according to the study’s findings.

This study shows that, although wind energy is beneficial on a global sphere, turbines could be indirectly damaging environments and biodiversity much closer to home.