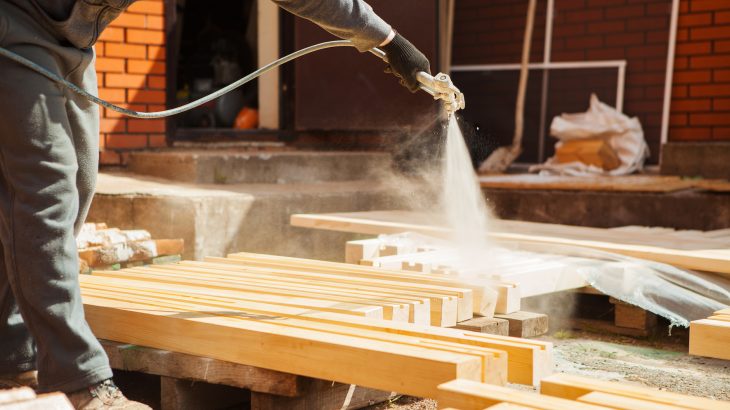 One of the first and most important discoveries man made was fire. Since then, we’ve done everything in our power to attempt to control it and generally stop it from killing or maiming us. In this effort, we discovered flame retardants, which we include in everything from our furniture to our clothing.

With so many flammable objects being a part of our everyday lives, it’s not surprising that many of the items we come in contact with contain these flame retardants. And despite the good they do, some of these compounds have been found to have harmful effects on the environment, and have been replaced by more eco-friendly alternatives.

This study found that some brominated flame retardants – such as hexabromocyclododecane (HBCD) – are guilty of not only having exceedingly long names, but of persisting and bioaccumulating in the environment. This may lead to toxic effects on organisms that come into contact with the compounds, and has led to some international regulatory bodies banning HBCD, which is commonly used in polystyrene foam insulation.

So what can be used in place of HBCD? A polymeric flame retardant (polyFR) is a large polymer that is much less likely to enter cells or accumulate in the food chain. However, despite polyFR being a more environmentally friendly flame retardant, the long-term effect of the chemical is unknown.

In an effort to determine the behavior of this compound, Christoph Koch, Bernard Sures and colleagues investigated whether heat or ultraviolet light could break down polyFR into smaller, possibly more harmful substances. They exposed this compound to heat and UV light, then analyzed the samples with mass spectrometry.

Results showed that when the researchers irradiated polyFR with UV light for 3 hours, there were 75 different degradation production – eight of which contained bromine. On the other hand, heat treatment for 36 weeks produced only seven degradation products – one containing bromine.

Because some of the compounds the researchers found were small and brominated, they believe polyFR has the potential to be harmful under these circumstances. But as of now, they do not know whether or not the compound would behave differently when incorporated with polystyrene in foam insulation. Safe to say, further research will be needed.