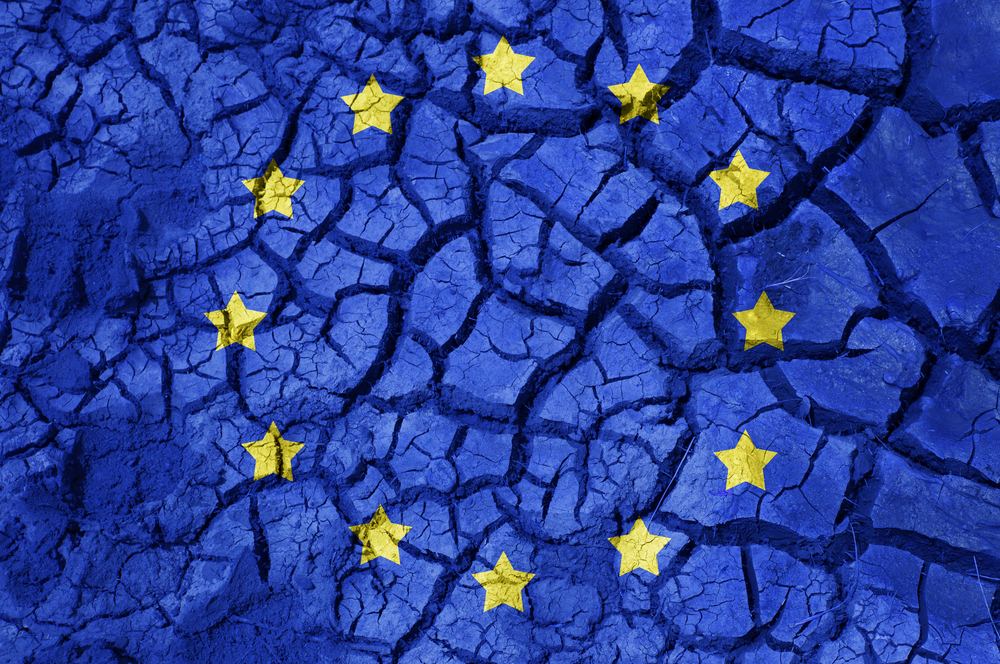 If global temperatures continue to rise, Europe could soon see larger drought regions, according to a new study from the Helmholtz Centre for Environmental Studies.

The team of scientists from Germany, the Netherlands, the UK and the United States used a modeling program to explore what effects climate change might have on Europe if global temperatures rise more than 1.5 degrees Celsius. That limit is the goal of the landmark Paris Agreement, but scientists are studying what might happen if the agreement fails in its goals.

Using modeling software, the team of researchers looked at how an average global temperature rise of 3 degrees Celsius would affect drought conditions in Europe.

“In the event of a three-degree warming [in Southern Europe], we assume there will be 5.6 drought months per year; up to now, the number has been 2.1 months. For some parts of the Iberian Peninsula, we project that the drought could even last more than seven months,” Dr. Luis Samaniego, one of the study’s two lead authors, said in a press release.

Such a rise in temperatures would expand European drought regions from 13 percent to 20 percent of the continent’s total area, compared to drought activity from 1971 to 2000, the researchers said. More than 400 million people could be affected, they said.

Some regions will be affected more than others, the model showed. The Mediterranean could see drought regions expand from 28 to 49 percent, the scientists said. The loss of water content in the soil could be similar to the 2003 heat wave that ravaged France and central Europe.

But other regions won’t have it as bad.

“In the Atlantic, Continental and Alpine regions, the drought areas will enlarge by less than 10 percent of the total area,” said mathematician Dr. Stephan Thober, the study’s other lead author.

In Scandinavia and the Baltic States, drought regions could even shrink by as much as 3 percent.

If the Paris Agreement countries reach their goal of a global temperature rise of no more than 1.5 degrees Celsius, the potential for drought would still go up from the present day, but the risk would be much lower, the researchers said.

The study has been published in the journal Nature Climate Change. Funding was provided by the German Ministry for Education and Research.