Europeans were making cheese as far back as 7,000 years ago • 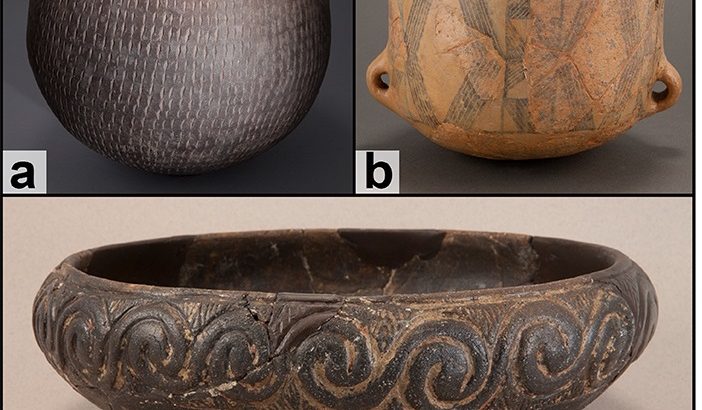 Europeans were making cheese as far back as 7,000 years ago

Europeans were making cheese as far back as 7,000 years ago.  Excavations of two Neolithic villages along the Dalmatian coast in the Mediterranean uncovered the earliest known evidence of cheese production and storage in the region.

Access to milk and cheese is thought to be largely responsible for the spread of agriculture across Europe 9,000 years ago. However, previous archeological research has only produced evidence of cheese making dating back 5,000 years ago during the Bronze Age. Europeans were making cheese as far back as 7,000 years ago

Now, researchers from Pennsylvania State University have discovered pottery remnants that once contained fish, meat, and cheese as far back as 5,200 BCE.

The findings were published in the journal PLOS ONE.

The researchers analyzed carbon isotopes of fatty acids preserved on potsherds (broken ceramic pieces) that were found in the sites of the Neolithic villages Pokrovnik and Danilo Bitinj.

The villages were occupied from 6,000 to 4,800 BCE and excavations in the area have yielded many different types of pottery that was used at the time for food storage and production.

Milk, fish and meat residue was discovered on the potsherds and the researchers theorize that cheese production in the Neolithic area was common 7,2000 years ago and cheese provided an important source of nutrition for early farmers.

“We suggest that milk and cheese production among Europe’s early farmers reduced infant mortality and helped stimulate demographic shifts that propelled farming communities to expand to northern latitudes,” the authors wrote in the study’s abstract.