Even chimpanzees need a wingman • Earth.com 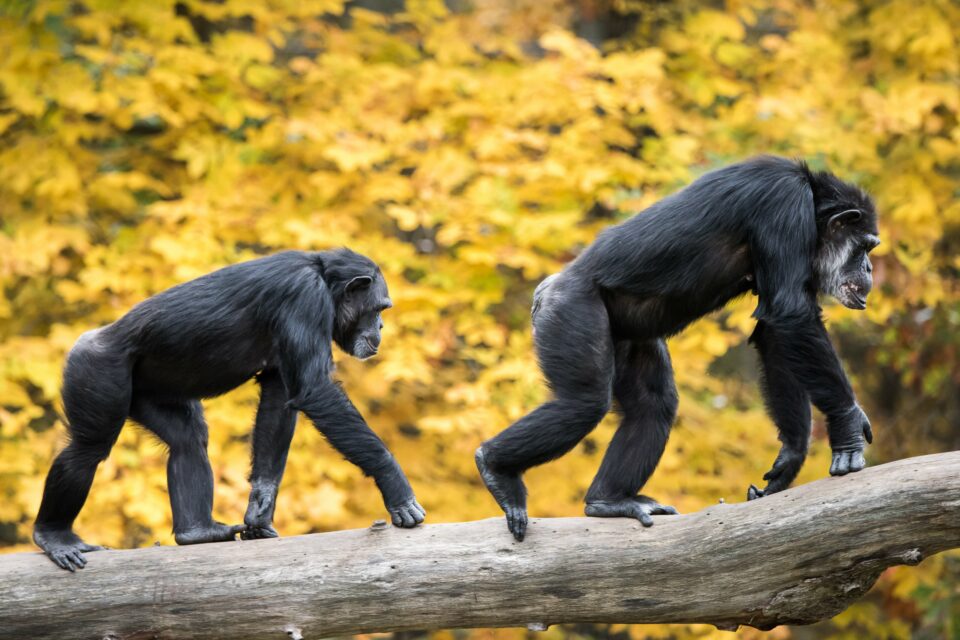 Even chimpanzees need a wingman

Everybody needs a wingman – even, according to a new study, our closest evolutionary relatives. Published by authors from the University of Michigan, Arizona State, and Duke University, the research looked at the complex social relationships of chimpanzees and what benefits they may receive for forging those bonds.

“Chimps cooperate frequently, and often in these very dramatic ways: You see things like grooming, all kinds of complex alliance formation and group territorial defense,” explained study lead author Joseph Feldburn. “The question is: What do males get out of it and how?”

Social animals have evolved certain behaviors for their survival as they pass on their genes to the next generation. In other words, their behavior enhances their fitness.  “Males wouldn’t spend all this time grooming other males and forgoing trying to find females or food unless you get some kind of benefit from it.”

The researchers cross referenced genetic data and behavioral observations from a population of chimps in Western Tanzania – some of the same chimps Jane Goodall studied in Gombe Stream National Park. The experts concluded that males who had stronger ties among their group, or who were closely associated with the alpha male, had a lot more reproductive success. “Sucking up to the boss is nothing new. We show that it’s always paid off,” said co-author Anne Pusey.

Learning about chimp society can help us learn about ourselves. Indeed, the close relationship between Homo sapiens and Pan troglodytes means that people and chimpanzees may play by some of the same social rules.

“Together with bonobos, chimpanzees are our closest living relatives, and help us to identify which features of human social life are unique,” said study senior author Ian Gilby.

“This study suggests that strong bonds among males have deep evolutionary roots and provided the foundation for the more complex relationships that we see in humans.”

Whether it’s having friends in high places or being a social butterfly, it’s good to have connections when you’re playing the Darwinian lottery.

According to Feldblum, more research is needed to tease out how coalition formations and these social bonds lead to siring success.

“Is it that if your ally is nearby, you’re more likely to mate with an estrus female, or does having your allies around you protect you from harassment from other males? Or because your ally will support you if a conflict erupts, your stress levels are lower and you can devote more energy to mating efforts? This last step we still don’t know.”