Exercise boosts health and lifespan regardless of intensity • Earth.com 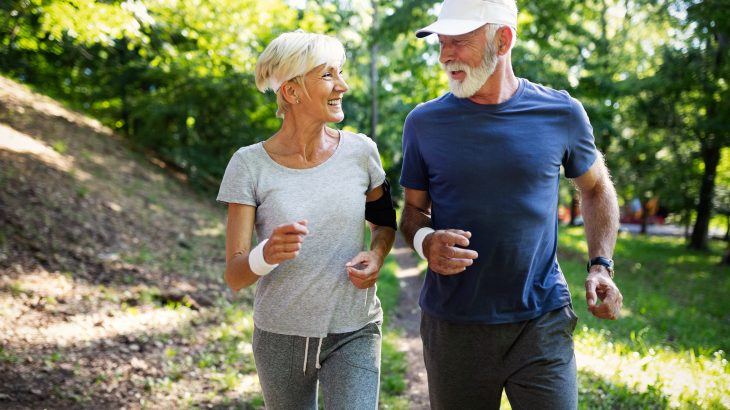 Exercise boosts health and lifespan regardless of intensity

Moderate-intensity exercise is just as effective in boosting health and longevity as vigorous-intensity exercise, according to a new study published by BMJ. The researchers confirmed that exercise lowers the risk of premature death among older adults, and they found that the intensity of physical activity made no difference in the outcomes.

“The physical activity guidelines state that being physically active is one of the most important measures individuals of all ages can take to improve their health,” wrote the study authors. “The multiple benefits of exercise on physical function and physical performance are well known, and short term randomized controlled trials have shown that exercise training improves traditional risk factors for lifestyle related diseases and premature death.”

However, there is a lack of high quality evidence to confirm a causal link between current advice on physical activity levels and longevity.

“In a general population of older adults aged 70-77 years in Norway, we tested the primary hypothesis that systematic exercise training lowers all cause mortality compared with giving advice to follow the national guidelines for physical activity. We also examined an exploratory hypothesis that high intensity interval training lowers mortality more than moderate intensity continuous training.”

The research was focused on 1,567 participants with an average age of 73 years. In total, 87.5 percent of participants reported overall good health, while 80 percent reported medium to high levels of physical activity at the start of the trial.

For five years, the individuals were engaged in one of three groups involving two weekly sessions of either: high intensity interval training (HIIT), moderate intensity continuous training (MICT), or following the Norwegian guidelines for physical activity.

Five years into the study, 72 participants had died with an overall mortality rate of 4.6 percent. The researchers found no difference in premature death from any cause between the control group participants and those who engaged in moderate or vigorous activity. In addition, no differences were found in the rate of cardiovascular disease or cancer between the three groups.

“All cause mortality did not differ between the combined high and moderate intensity exercise group and the group following recommended physical activity guidelines,” wrote the study authors. At the same time, the study showed that high intensity exercise led to greater health benefits overall.