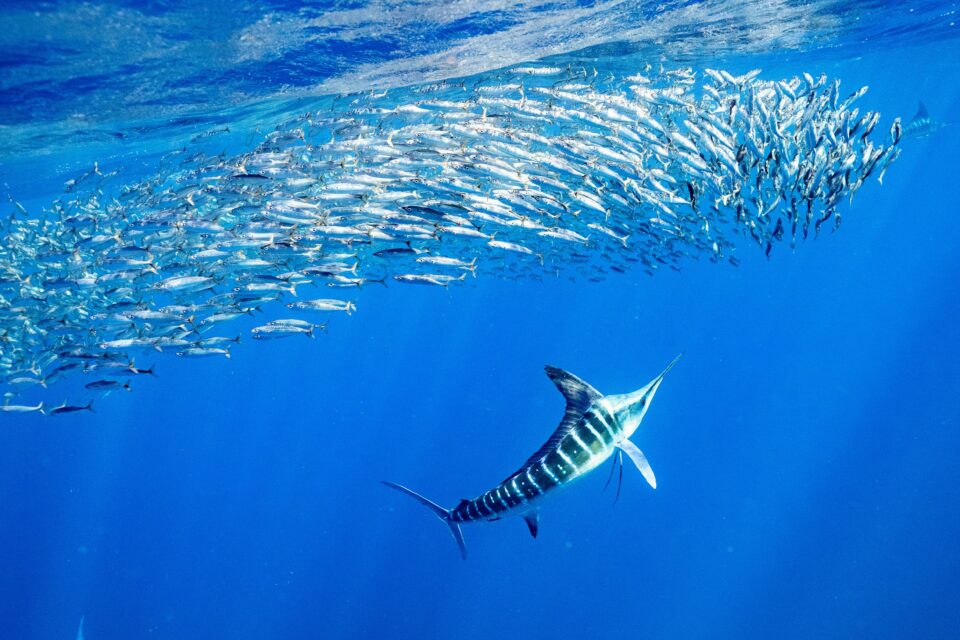 A new study led by the University of British Columbia (UBC) has identified four high-traffic areas in the Pacific Ocean which should be considered of high priority in the conservation efforts focused on large pelagic fishes, such as tuna, blue marlin, or swordfish. According to the experts, these areas should become part of “blue corridors” – routes where strict fisheries management measures or partial bans of industrial fishing should be enforced in order to protect endangered fish communities and allow for increased connectivity of habitats.

By investigating the tendency of fish to return to their birth-place to reproduce – a phenomenon known as “philopatry,” and pairing this information with catch distribution maps and tagging and genetic sequencing studies, the scientists identified the migration routes of 11 tuna and other large pelagic fishes in the Pacific Ocean, and determined which areas should be considered as of “high” or “very high” priority for conservation efforts.

“We applied the concept of philopatry to the movements extracted from tagging studies of species such as the near-threatened Pacific bluefin tuna and the heavily-fished yellowfin tuna, and we also combined this information with the links between populations inferred from genetic studies. This allowed us to identify tentative annual migration cycles,” explained study lead author Veronica Relano, a doctoral student in Fisheries Management at UBC.

After analyzing the seasonal migration routes of the 11 fish species individually, the researchers superposed them and observed that several species and populations use the same routes – two in the northeastern and central sections of the Pacific Ocean and two in the southwestern and central sections. These areas should become part of blue corridors allowing populations of large pelagic fishes to maintain themselves and travel safely between habitats.

“But before setting up any protected area to support the rebuilding of diminished fish populations, it is important to consider the entire body of knowledge available on the migrations and movements of different species,” said study co-author Daniel Pauly, an expert in aquatic ecosystems at UBC.

“This is what we set out to do with this study. Our findings suggest in which areas such efforts would be more effective, but as stated in our title, the closed migration cycles we propose are tentative, and thus it would be nice if other researchers set out to test their validity.”

The study is published in the journal Sustainability.