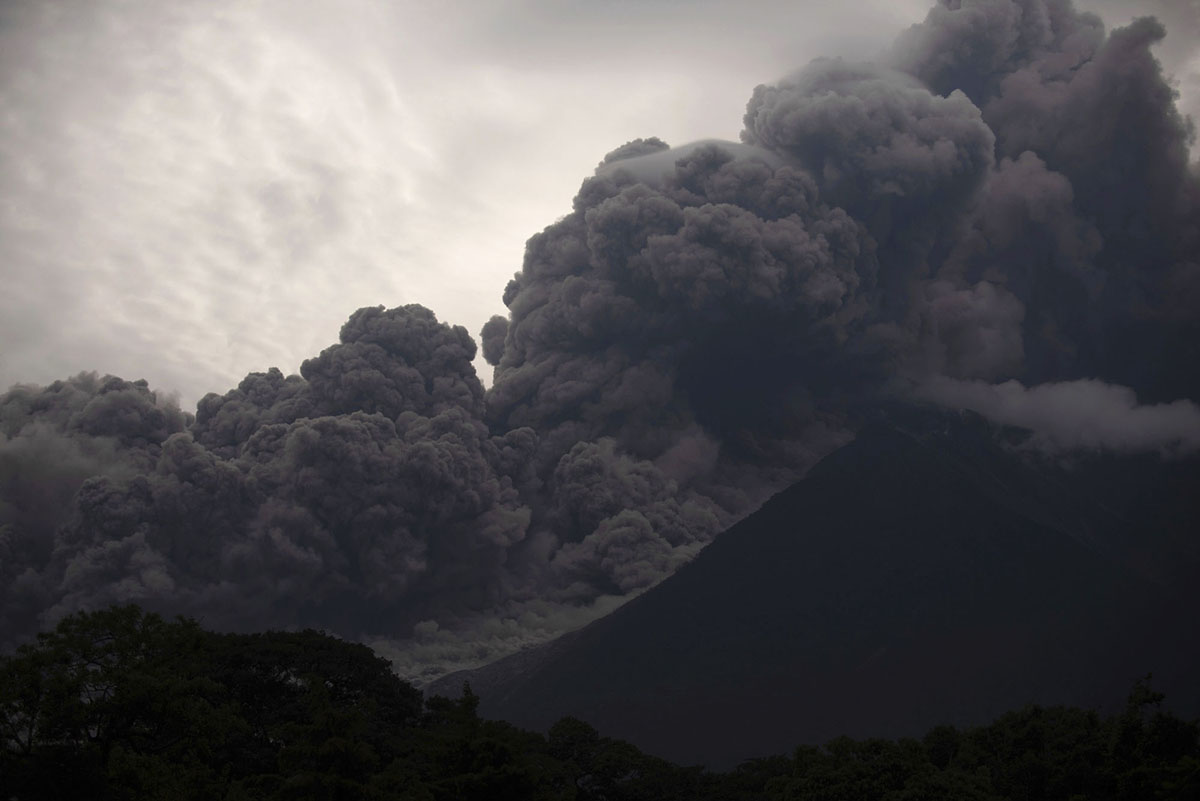 With all eyes on Hawaii’s Big Island and Kilauea’s ongoing eruption, it was a shock when a violent volcanic eruption was first reported in Guatemala over the weekend.

The Fuego Volcano, which is located around 25 miles south-west of Guatemala’s capital, erupted on Sunday, June 3, 2018, and quickly turned deadly.

So far, the number of casualties is up to 69 people, but as authorities continue to search those numbers are projected to rise.

It was Guatemala’s deadliest volcanic eruption in a century, according to the BBC, and produced fast-moving pyroclastic flows which devastated Guatemalan communities near the volcano.

According to CNN, ash was sent up to 33,000 feet in the air and recovery workers are scrambling to search through buried and ash and rubble which engulfed entire homes, trapping residents inside.

Others died from fires caused by the intense heat of the explosive pyroclastic flows, as Buzzfeed reported.

Search and rescue efforts are hampered by the difficult conditions and hazards caused by the eruptions. Recovery workers are having trouble breathing and the ground is so hot that it is burning shoes.

“It is very, very difficult due to the fact that it’s very, very hot,” volunteer firefighter Mario Cifuentes told CNN. “The soil is very unstable. We cannot be walking around. … The shoes, they’ve been completely destroyed because of the heat.”

Not only is recovery difficult, but identifying the bodies of those who were trapped by the eruption has also been hard because the heat destroyed common identifiers like fingerprints, Buzzfeed reported.

The eruption forced the evacuation of more than 3,000 people, and 1.7 million people in Guatemala have been affected by Sunday’s explosion.

Volcanologists have also warned nearby residents to be wary of mudslides in the next coming days which are also extremely dangerous.