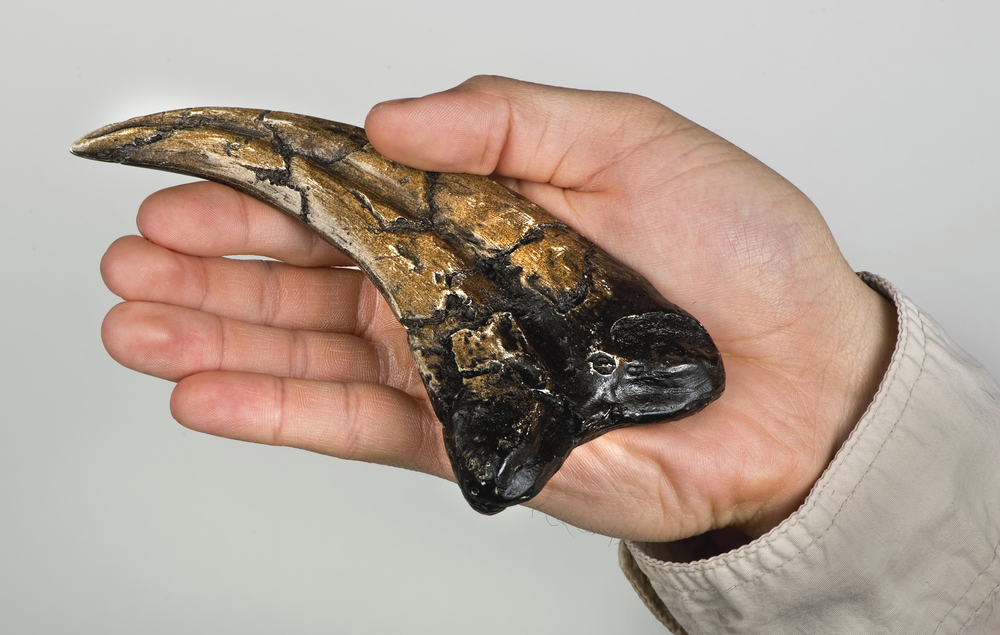 The 75 million-year-old claw of an extinct dinosaur has a sheath formed of keratin – just like modern birds such as the ostrich.

The finding was reported by a research team from North Carolina State University in the journal Proceedings of the Royal Society B: Biological Sciences.

The claw came from a bird-like dinosaur, Citipati osmolskae, that lived during the Cretaceous Period in what is now the Gobi Desert along the border of China and Mongolia. The dinosaur was killed when a sand dune collapsed, researchers said.

It was unlucky for the extinct dinosaur, but not for researchers: the rapid burial led to remarkable preservation of the C. osmolskae’s remains.

Though the fossil was uncovered 20 years ago, researchers studying the specimen recently spotted what appeared to be a keratin sheath. Microscopic examination and molecular scans showed that it was indeed a keratin sheath, and that it was structurally similar to the claw sheaths of modern birds.

In modern birds, beta-keratin – a substance found only in reptiles and birds, but similar to the material that forms human finger- and toenails – serves to protect each claw, making them harder and more useful tools in defense and hunting.

In addition to revealing a link between Cretaceous Period dinosaurs and modern birds, the study found that the rapid collapse of the sand dune on the dinosaur led to calcium being incorporated with the fossil remains. The calcium appears to have played a major role in the preservation of the original molecules of the remains, allowing scientists to get a better idea of the oviraptor’s physical structures, scientists said.